What Is Legally Whiskey In the United States?

American
Bourbon
By Margarett Waterbury / May 26, 2016

According to the Tax and Trade Bureau, there are no fewer than 41 different categories of spirit that’s legally whiskey in the United States. Among them are some of your favorites – bourbon, rye, single malt – as well as some more obscure categories we’ve written about in the past, like light whiskey and spirit whiskey.

But let’s take a step back. What is whiskey, anyway?

It might sound like a silly question, but with all the innovation going on among craft distillers, the issue is getting more complicated than you think. A spirit made out of rye is definitely whiskey, but what about a spirit made from oats? Spelt? Quinoa? Can you call it whiskey if it’s clear, or if you aged it in a stainless steel tank full of oak chips? 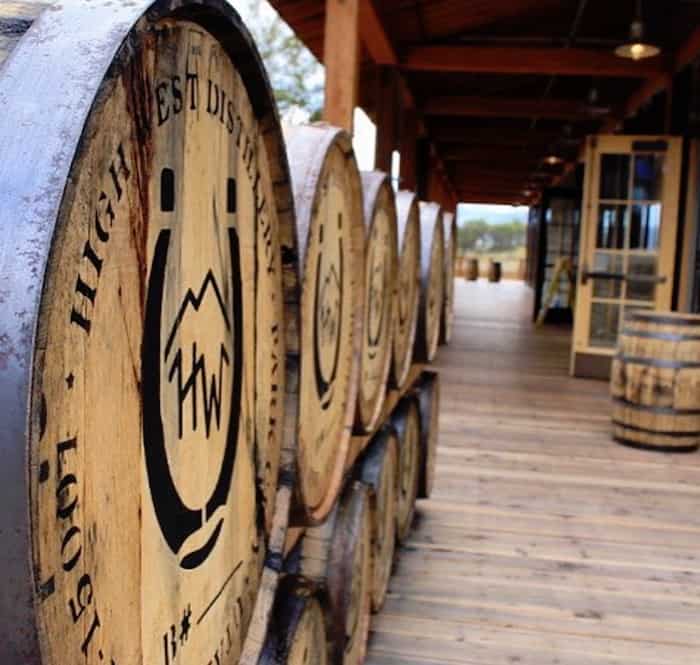 Barrels aging at High West. Wood has a great influence on whiskey, but is it strictly required? Not in the United States (image via High West)

If you’re asking the TTB, the answer to all of the above is yes. Here’s their legal definition of whiskey:

Let’s take it step-by-step. The first major qualifier is that the fermented mash be made from grain (curiously, the pseudo-grain quinoa seems to be allowed, but buckwheat, another pseudo-grain, is not).

Then, it must be distilled to less than 95% alcohol by volume. Any higher, and you’ve made vodka.

And then we come to that mushy bit: “having the taste, aroma, and characteristics generally attributed to whisky.” These days, craft producers seem to be pushing the boundaries on this one pretty hard. In an era where cinnamon and horchata-flavored “whiskey” lines every back bar, it’s clear the TTB isn’t taking a hardline stance on this requirement.

And finally, whiskey must be bottled at not less than 80 proof – no ambiguity there.

Notably, the United States is alone among the major whiskey-producing nations in that it does not define an age or aging vessel requirement for whiskey. The minute a grain distillate comes off the still, it meets the legal definition of whiskey.

In Scotland, on the other hand, malt distillate can’t be called whisk(e)y until it’s spent at least three years aging in wooden casks; ditto for Canada and Ireland. (And yes, that means there’s no such thing as white whiskey in Canada, Scotland, and Ireland – depending on your perspective, that may be a very good thing).