The team at Laws Whiskey House has produced bonded whiskey for many years. The latest offerings in the brand’s Bottled-In-Bond whiskeys will be available in key markets across the country starting this month for a suggested retail price of $75. 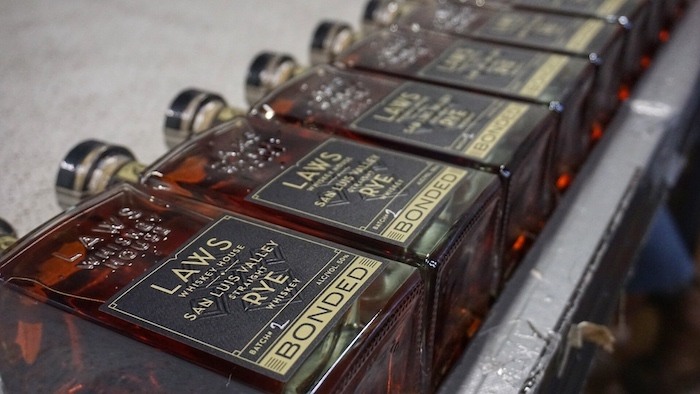 Barrel influence is clearly front and center as are the distinctive layered complex grains in what is seen as a Laws whiskey signature.

It consists of 25 barrels hand-picked by Laws Whiskey barrel manager James Kunz and founder Al Laws. The individual barrels spend an average age of 6 to 7 years in a charred American white oak barrel.

“We’re excited to be on this journey of Laws’ commitment to creating exceptional Bottled in Bond Whiskey, and it will continue to be a lead mark in the Laws Whiskey portfolio in years to come,” Al Law said in a prepared statement. “We hope you enjoy these two special whiskeys as much as we do and we are grateful to everyone who joins us on our journey.”

The aroma for this one is mentioned by the brand as instantly fruity, minty and slightly smoky. A deeper draw brings caramel apple and honeysuckle. This whiskey is 100 proof and smooth and creamy.