Kupu Spirits recently launched its first rye and bourbon whiskey blend. The distillery, based in Waikii Kihei, Hawaii, released the blended whiskey after it had matured in a space provided by Haleakala Ranch in bunkers that date back to World War II. They spent a full year of resting in new charred American oak barrels.

The 88 proof Kupu Whiskey has notes of caramel and vanilla building to peppery spice notes with a hint of nuttiness, according to official tasting notes. The distillery behind it, for those that don’t know, debuted in 2019 as an offshoot of popular brewery Maui Brewing Company (MBC).

In the Hawaiian language, the word “kupu” means “to sprout” or “to grow.” 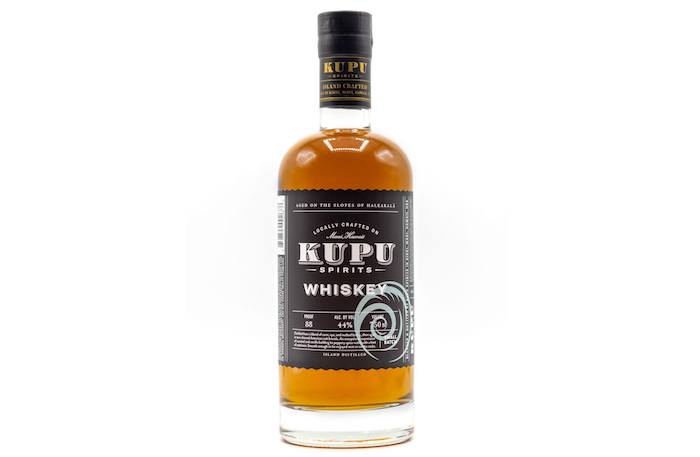 “After closely monitoring the aging process for over 2 years, we carefully selected the barrels to pull for Batch #1. Selecting the perfect marriage of the lighter #2 charring of white American oak, along with the ideal climate conditions where the whiskey was rested, we feel this rye-heavy blend really stands-up to top whiskeys in its class. While the subtle complexities of the sweet corn and vanilla flavors are apparent, we wanted to primarily showcase that spicy, peppery kick of the rye that we all know and love,” said Kupu lead distiller Nick Reiss in a prepared statement. “Our team at Kupu/MBC worked very hard, putting in the time and sweat to build the foundation of a program here on Maui that will continue to bring more delicious whiskey for years to come. As the Lead Distiller of Kupu Spirits, I personally hope you enjoy this whiskey as much as I do.”