American rye whiskey in general is seemingly having a renaissance, with more than 1.26 million 9-liter cases in annual depletions last year. This is something KO is looking to get in on more. 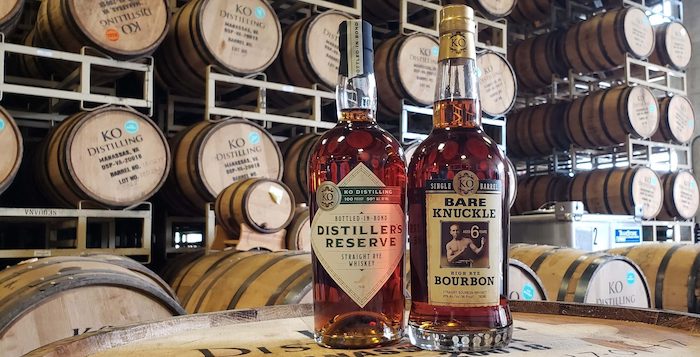 Their new Bare Knuckle High Rye Bourbon is made from 75% Corn, 21% Rye, 4% Wheat and was sourced from Indiana six years ago, when KO Distilling was founded.

At that time, it was put into charred new American Oak barrels and has been aging in KO’s Manassas, Virginia, warehouse.

“At KO Distilling, we take great pride in crafting spirits that reflect the perseverance that makes this country great,” said Co-Founder and CEO Bill Karlson in a prepared statement. “Every bottle is a result of our careful approach to distilling, which combines state-of-the-art equipment with the skills of our production team to produce the best of American spirits.  We’re thrilled to raise a glass and welcome these two new additions to our portfolio.”

KO Distiller’s Reserve Rye Whiskey and Bare Knuckle High Rye expressions are initially available in Virginia, DC, Maryland and Delaware. They will also be available online for shipments, where legal.