The double-barreled straight rye whiskey was fully matured prior to being finished in hand-selected Cognac casks for at least nine months in Kentucky. According to official tasting notes, the result is a unique taste profile with cinnamon and honey on the nose, spice, nutmeg and notes of orange, peach and honey on the palette and a lingering finish of oranges and honey.

“I wanted to look at rye through a new lens and elevate it past the supporting role it’s commonly associated with,” Jefferson’s Bourbon Founder Trey Zoeller said in a press release statement. “The spirit’s spice and character have historically made it an ideal base for cocktails, but Jefferson’s Rye Cognac Cask Finish is just as well-suited for sipping.” 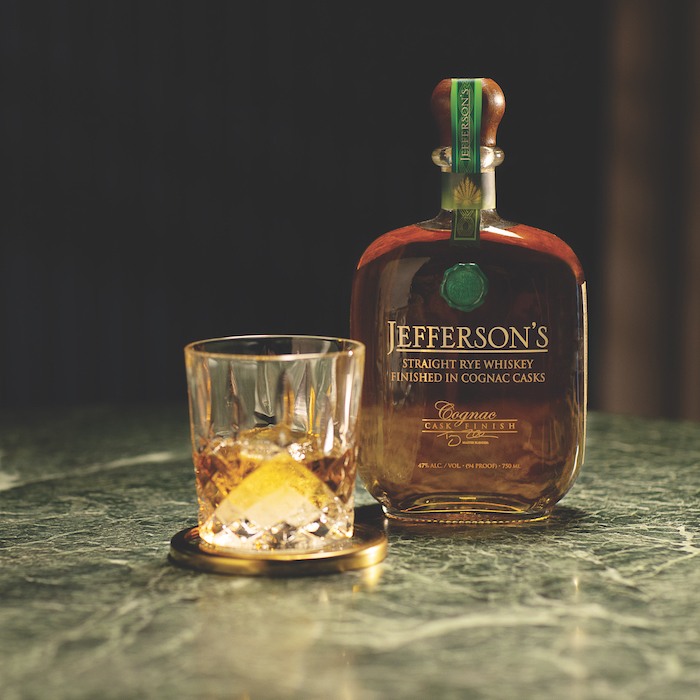 Founded in 1997 by Zoeller and his father Chet, Jefferson’s Bourbon is a collection of bourbons made in small batches. Zoeller compares his process to nature vs. nurture – the distilled product represents the bourbon in its natural state, which is then nurtured, or manipulated to enhance the flavors, maturation and quality of the finished product through different selection, agitation and environmental processes.

The new release stands as only the second rye in the brand’s history, the first of which was released in 2008.