The James E. Pepper distillery in Lexington, Kentucky, is a long standing, whiskey making facility with roots running back well over a century ago. Having at one point fallen into great disrepair, Pepper in recent years has been revitalized by new ownership and, at the end of last year, saw its first in-house bourbon in recent times distilled there. Now word has come the distillery is set to be open to the public this month.

The Pepper distillery was originally built in 1879, and remained in operation until 1958, when it was shuttered for over 50 years. What’s in place now is the result of restoration work which began in 2016, and which will now allow visitors to the historic property to learn about the brand and facility, spend time in the distillery museum, take a behind the scenes tour of the spirits making process and taste a line up of whiskies that are, for the moment anyhow, sourced. 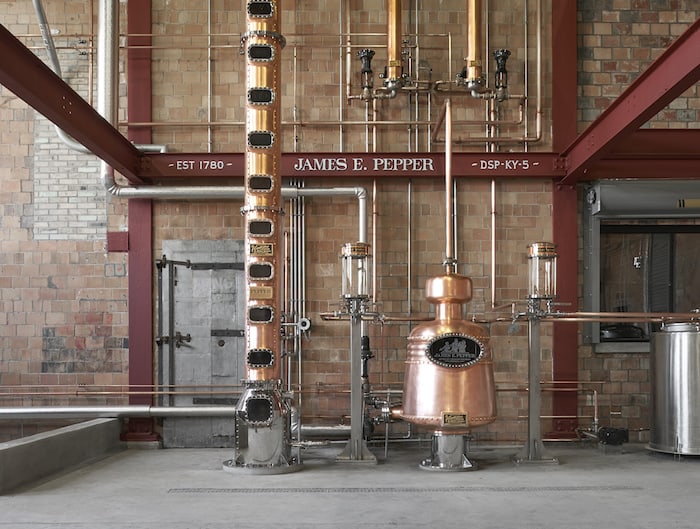 The building features a unique copper still system built by Vendome Copper in Louisville, and its design was inspired by the archive of historic mechanical drawings from the old distillery. Vendome also built the still for the same distillery in 1934—the year Prohibition was repealed in Kentucky.