The Kansas City-based distillery located in the historic Electric Park created this year’s limited-edition collectible bottle, inspired by what’s said to be the history and energy of Kansas City and its people. This is the second edition of the J. Rieger & Co. Sporting Kansas City Label and became available starting April 22 until supplies run out.

Kansas City Whiskey is J. Rieger & Co.’s signature blend of straight bourbon, straight rye and light corn whiskey along with a hint of sherry. It is a limited edition 750ml bottle that is available for $34.99 at select retail stores throughout Kansas City, the J. Rieger & Co. Distillery and at Children’s Mercy Park — home of the Sporting Kansas City team. 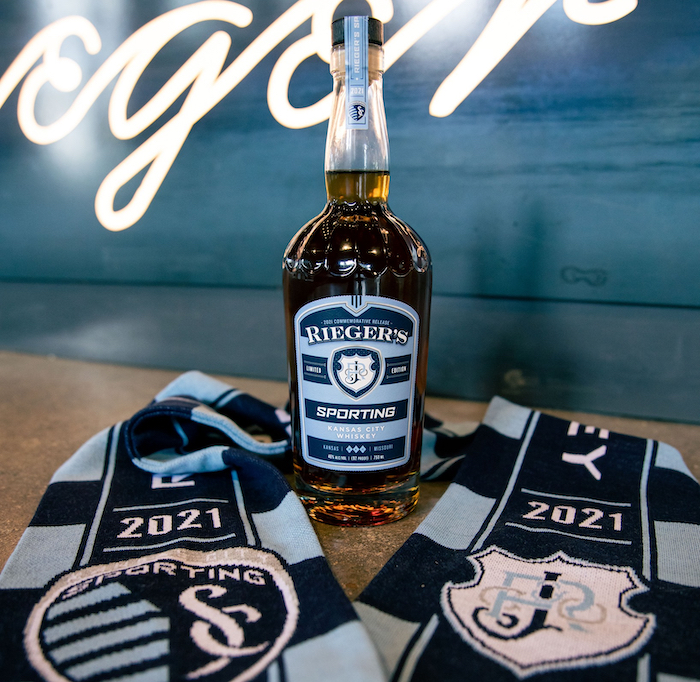 Rieger & Co. partnered with Sporting Kansas City to offer select Rieger cocktails throughout Children’s Mercy Park as well, and guests can also visit the distillery’s bar in the Wise Power Shield Club at the stadium.

Rieger & Co. was originally founded in 1887 in Kansas City’s West Bottoms Livestock Exchange district. It produced more than 100 alcoholic products on a national basis, including the well-known Monogram Whiskey.

The distillery had to close its doors in 1919 during the prohibition, but the brand was relaunched by business partners Ryan Maybee, co-founder of The Rieger and Manifesto, and Andy Rieger, the great-great-great-grandson of Jacob Rieger in 2014 — 95 years after it closed.

7
Shares
319
Views
Share on FacebookShare on TwitterGet Our Newsletter
Read More Whiskey News
Whiskey Review: WhistlePig The Boss Hog VII Magellan’s Atlantic
Cheers to the Dads! Personalize a bottle of his favorite whiskey to create a modern gift for the modern man. Use code: FATHERSDAY20 for $20 off your next order of $100 or more at ReserveBar