Hooten Young Wine and Spirits, it is said, was created as a brotherhood bonded by the love of freedom, family and honor. Founded by former special operations soldier, Master Sgt. Norm Hooten, and Tim Young, the business is a tribute to the men and women of the armed forces.

You may know Hooten as an American hero portrayed by Eric Bana in the film “Black Hawk Down.” While retired from active military duty, he continues to work with veterans today as a full-time health care provider. In addition to his medical work, Hooten partnered with his closest friends to create an American whiskey to honor the brave men and women of the armed forces, those who go above and beyond the call of duty.

“Hooten Young was crafted to help folks slow down, bond with the people around them and remember those who are no longer here,” Hooten said in a prepared statement. “Our mission is simple, we are committed to honoring America’s heroes one thought-provoking sip at a time.” 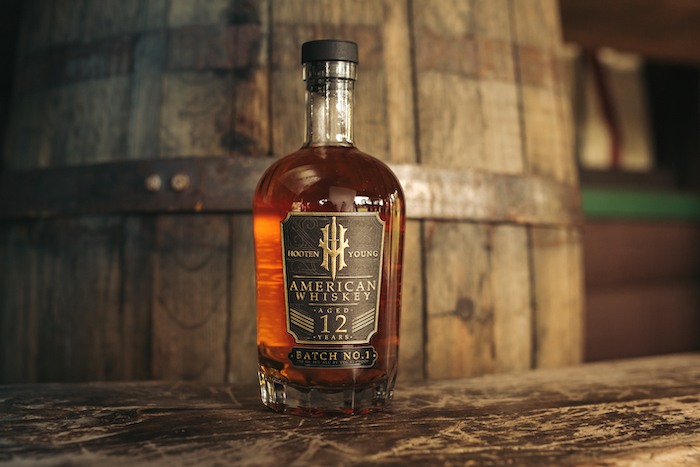 Bonded by decades of friendship, Hooten and Young set out to make what they feel is a fine whiskey. For the Hooten Young American Whiskey, it was brought forth by Master Sommelier George Miliotes.

Through distillation and barrel aging practices, coupled with more than a decade’s rest in the barrel, the team has put forth what  they describe an American whiskey with notes of baked pear, maple, nutmeg, cinnamon and a robust finish.

The whiskey is aged 12 years and made with a mash bill of 99 percent corn and 1 percent barley. The spirit was distilled to 189 proof and originally barreled at 140 proof. Fewer than 3,000 bottles of this whiskey were then bottled at 92 proof from second fill barrels.

Miliotes brings his expertise to Hooten Young as one of only 268 Master Sommeliers in the world.

“It’s been an honor to assist Norm and Tim to create an American whiskey that is evocative of their background and seeks to honor America’s heroes,” Miliotes said. “The uniqueness of our barrel proof American whiskey can be attributed to the 12 years of aging, as well as the second fill barrels instead of using the first fill. The spirit at this strength will most certainly command your attention. Beyond its power, there is also a mellowness and richness not often found in barrel proof spirits.”

Miliotes said this particular whiskey reminds him of pulling an apple pie straight from the oven, with he feels are the intense baked apple scents and hint of spicy cinnamon.

230
Shares
1.2k
Views
Share on FacebookShare on TwitterGet Our Newsletter
Get The Glenlivet 18 Year Old at ReserveBar. Shop now!