Non-distilling producer Cooper Spirits a few years back introduced Hochstadter’s Vatted Straight Rye, a blend of rye whiskies sourced from all over North America. It is now again going under the Hochstadter’s brand for an even older expression that’s called Hochstadter’s Family Reserve.

Hochstadter’s Family Reserve, according to those behind it, is a 16-year-old expression that’s limited in scope, with only 7,500 bottles released that each contain a 123.8 proof, cask strength spirit. It is made from what’s described as 100 percent “farm grown rye grain” that’s been aged for 16 years in new char American oak barrels. It is sourced from an undisclosed distillery. 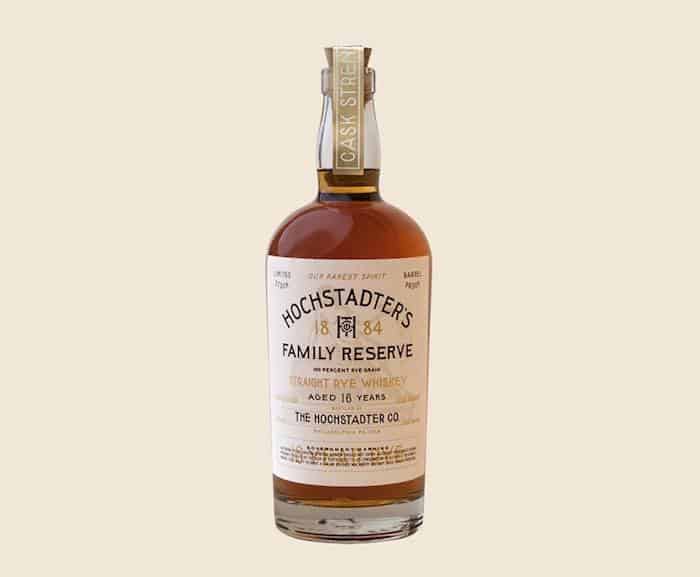 “At 16 years of age and bottled at cask strength, these barrels deliver a vibrant maturity and a full-bodied rye flavor that we hoped to achieve with the first release of Hochstadter’s Family Reserve,” said Robyn Greene, SVP of Marketing and Innovation at The Cooper Spirits Company, in a prepared statement.

Cooper Spirits resurrected the Hochstadter’s brand in 2013, and is slowly introducing new bottlings. The Family Reserve, as it becomes available, will price around $200. This puts it somewhat above the price point of its sibling Lock, Stock & Barrel Straight Rye 16-Year-Old, which is another label Cooper owns.