Cascade Hollow Distilling (George Dickel) distiller Nicole Austin, in her short few years at this Tennessee whiskey heavyweight distillery, has done plenty to reinvigorate it. Chief among these considerations is the release last year and this year of a bottled in bond offering that was both well priced and well received. Now, in a further bid to showcase the Dickel whiskey, she’s turned to a new line up of limited edition expressions that will both pay homage to the distillery’s history and set the tone for the future of the category.

The new Cascade Moon Whisky series, according to those behind it, will deliver to whiskey fans what described as “variety with each release, as each variant will differ based on what Austin’s current inspirations are and offer drinkers a unique tasting experience.” For its first outing, Cascade Moon Edition No. 1 is an 11 year old bottling “that is inspired by, and features, similar tasting notes found in a gose-style beer.” 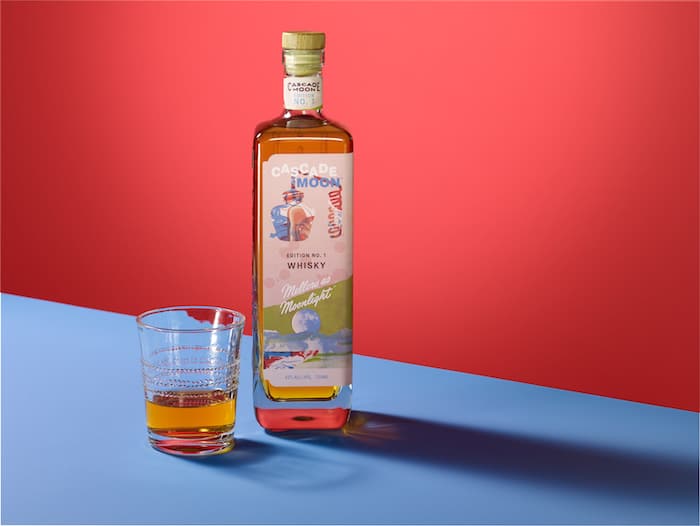 “Over the past few years,” said Austin in a prepared statement, “I’ve loved blending for George Dickel Tennessee Whisky, creating innovations that respect the heritage and history of Tennessee Whisky. In that process, I’ve found some incredible whiskies we’ve produced at Cascade Hollow that wouldn’t necessarily fit within the George Dickel portfolio.

“With the release of Cascade Moon, I’m excited to have found a way to showcase these amazing whiskies and be able to showcase our depth as a distillery, outside of George Dickel and the traditional Tennessee Whisky category.”

Bottled at 84 proof, Cascade Moon Edition No. 1 will be made available starting this fall for around $90 per 750 ml bottle. States set to get bottles for sale include Tennessee, California and Texas. Consumers can also expect a second release from the series coming later this fall.

You’ll find some official limited tasting notes below. As a side note, the name of the series is inspired by Cascade Hollow’s original Cascade Pure Whisky that used the tagline “mellow as moonlight.”