Four Gate Whiskey out of Kentucky recently released its 11th batch of whiskey: a seven-year-old Indiana straight rye whiskey. Called “Ruby Rye Springs,” it is finished for forty-two days in some rather unique “Ruby Port-Rum” casks. This is the third release of this underlying whiskey, coming after the River Kelvin Rye and the Split Salve by Kelvin.

These Ruby Port-Rum casks were first used to mature ruby port, a fortified wine from Portugal. Since the wine is removed from barrels and stored in tanks to prevent further aging in those cases, the casks are said to have a sweeter, brighter effect on the palate than other styles of port wine. 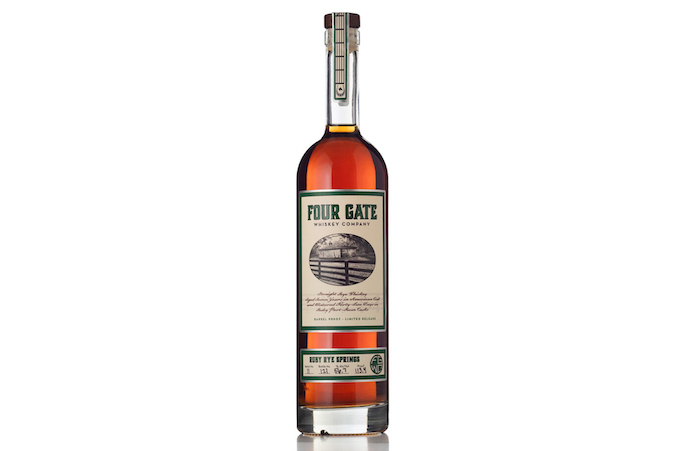 Those casks, once emptied, were then used to age a blend of rums at Virago Spirits in Richmond, VA. This second round of aging on the casks reportedly gave a molasses sweetness.

“The moment we found these barrels, we knew what we were doing with them,” Chief Blending Officer Bill Straub said in a prepared statement. “They were crying out for rye whiskey, and I really think this is one of the best products we’ve bottled.”

Just 1,444 bottles were produced from the distillery, all at 113.4 proof. They will be sold at a suggested retail price of $185 per bottle in Kentucky, Tennessee and Georgia, as well as being available online through Seelbachs.com and BourbonOutfitter.com.

Official tasting notes for this whiskey are below.