With the large number of craft distilleries operating here in the United States these days, it makes sense some of them would want to team up with one another on joint production projects. It is something we’ve seen take root already under the Four Kings label, and now four distilleries out of Colorado have kicked off a collaboration project of their own.

The Colorado Whiskey Collaboration Project, as it is being called, has as its participants Bear Creek Distillery, State 38 Distilling, Woody Creek Distillers and Wood’s High Mountain Distillery. Each distillery created its own rye whiskey, without the use of any speciality malts, at their own respective facilities and then collectively filled in equal parts a donated new North American white oak, toasted and charred, 53-gallon barrel from Independent Stave Company. 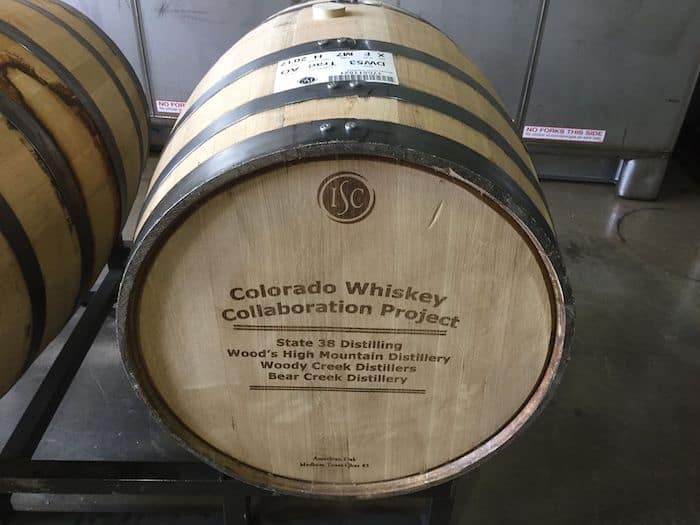 This now full barrel will be stored at Woody Creek for at least two years in order for it to be made into a straight rye. The desired goal of the finished rye whiskey is light rye spice with toasted fig characteristics. Once it is bottled, it will yield what is believed to be roughly 300 bottles which will be donated to four local charities – one chosen by each distiller –  to be auctioned off at their fundraising events.

“We wanted to do something fun together to raise money for local charities, while also spreading the awareness of the local Colorado craft-distilling community,” said Sean Smiley, owner of State 38 Distilling, in a prepared statement. “With such a strong interest in craft distilling and buying local products from the Colorado community, we’re excited to think that this incredibly unique whiskey will raise a substantial amount of money for charity.”

The Colorado Whiskey Collaboration Project, much like Four Kings, looks as if it will be a regular offering. The plan is to collaborate and fill a new barrel each year.