The Woodford Reserve distillery bourbon tourists of today know as a lovely site for enjoying whiskey years ago underwent a millions of dollars restoration to give it more modern production capabilities. The man who oversaw this, one Dave Scheurich, remained at the distilling helm there from 1994 until he retired in 2011. He is back now though, working with a non-distilling producer on a new project known as Boondocks American Whiskey.

Boondocks American Whiskey is owned by Royal Wine Corp., a family owned company behind a large number of wine brands. They also serve as an importer and distributors of spirits, such as whiskey, which helps give them the necessary industry connections to source whiskey for this new project. It is to Scheurich, who came out of retirement, that they’ve turned to for overseeing these new bottlings. 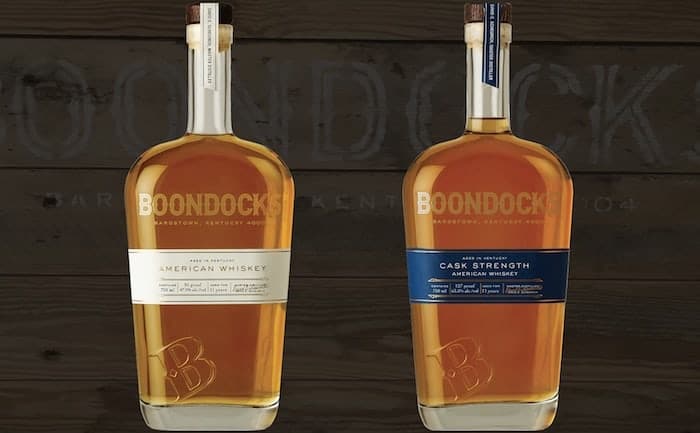 Two different expressions of Boondocks, bottled at 95 and 127 proof, are being made available initially, followed later on this year by a “limited edition” variant. Below is more information on the first offerings:

Aged for 11 years in American white oak barrel in Kentucky, Boondocks American Whiskey 95 Proof is made from corn, rye and malt. Light in color but rich, nuanced and complex, fruitiness and exotic spices enhance some of the subtler aromatic characteristics like the toasted marshmallow oak barrel notes. Mouthfeel is creamy and buttery with long pleasant finish. Overall, the whiskey is spicy and warm but does not burn and is sweet like cotton candy. Boondocks American Whiskey 95 Proof has already garnered several accolades including a Gold Medal /90 Points from the Los Angeles International Spirits Competition 2016 and was named a Finalist in the Ultimate Spirits Challenge 2016, receiving 92 Points.

Boondocks American Whiskey Cask Strength 127 Proof has distinctive aromas of rich caramel and vanilla. A robust and pleasantly aggressive palate is highlighted by fall spices and oak that leaves a long lasting finish. This expression received a Gold Medal/91 Points in the Los Angeles International Spirits Competition 2016 and Best of Category in the Ultimate Spirits Challenge 2016.

“Boondocks is an exciting project to be a part of,” said Scheurich in a prepared statement. “With the development of this brand, we wanted to bring a superior product with exceptional taste to the market, but most importantly we wanted a whiskey that delivered an ultra smooth finish — something easy to enjoy.”

Both Boondocks American Whiskies, pricing at around $40 for the 95 proof and $60 for the 127 proof, are available now. As to why it is called Boondocks, it is said that “out in the boondocks, life is a little simpler. Time-honored traditions are taken seriously. One takes time so that things are done right. And when it comes to whiskey, the results are shown in every bottle.”