For Women Whiskey Is Much More Than Flavored Liquor

Think of the typical whiskey drinker in the US today, and one might envision a middle-aged, affluent man.  You wouldn’t be blamed for thinking this – even the industry considers this demographic their key audience.  This might have held true 50 years ago…25 years ago, even.  Today, however, the world of whiskey is experiencing a rennaissance not just in craft, but also in audience.  According to Fred Minnick, author of Whiskey Women, women represent 37% of US whiskey drinkers, up from just 15% in the 1990s.

There is a lot of conjecture as to why this is.  The easiest reason to imagine is that bourbon is sweet.  Women are supposed to love sweet things.  Most industry analysts have ended their search there.  In response, whiskey makers have responded by pumping out peach and cherry flavored bourbons, and whiskeys with vanilla and maple syrup infusions. (i.e. Raven’s Lace) 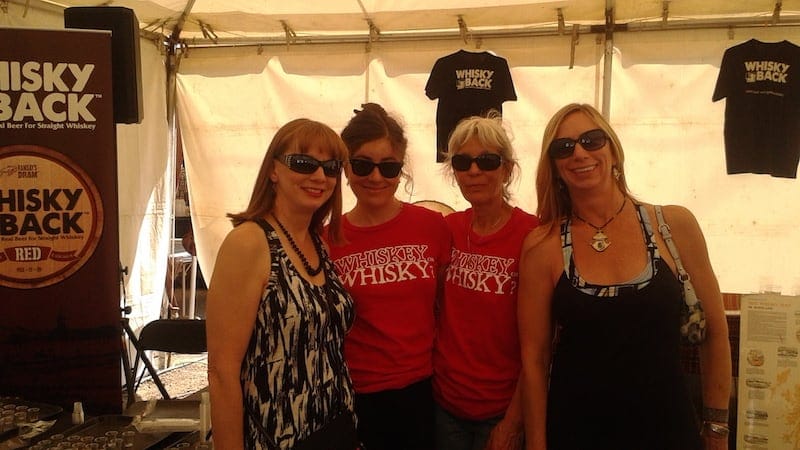 At a local Portland, Oregon whiskey festival recently, I asked several women why they loved whiskey.  Not surprisingly, not one of them said because it was sweet.   Most of the responses were appreciation of craft, for the wealth of flavors, the nuances and warmth a well-made whiskey contains – for every reason, in fact, that any other whiskeyphile does.

And just like whiskey lovers the world over, women are banding together to share their passion for the spirit.  In 2011 Women Who Whiskey was formed by a group of women whiskey drinkers “with a taste for curiosity and strong drink.” According to their website, Women Who Whiskey was founded in New York City,  with chapters in Washington D.C., Minneapolis, Boston and Portland. 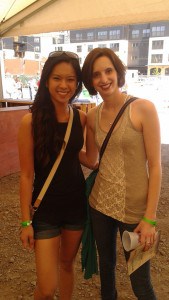 The co-founders of the Portland chapter of Women Who Whiskey are Rachel Frires and Christine Vu. Not surprisingly, they too, attended the WhiskeyTown event.  They were there to enjoy whiskey, but also to connect with the large percentage of female festival-goers.  They felt Women Who Whiskey can offer a great point of connection. “It is important for women to be able to enjoy their drams without their gender being a talking point or seen as unusual or daring,” they said.  Women Who Whiskey provides a place for many women to do just that.

Festival attendee Shawna Rogers gave a very strong statement around the topic of women and whiskey, saying that

In a culture that professes gender equality, the idea that we are a side-show audience is insulting.

While in the US, gender stereotypes might be hard for the industry to shake, but the US is just one country in the whiskey revolution. Women Who Whiskey has recently expanded internationally to Kenya and Switzerland, with plans for chapters in London and Toronto later this year.

Here in Portland, Frires and Vu see their work as a social tool.  They are currently working on a summer schedule to include tasting events and meet-ups at some of Portland’s premier whiskey venues.  For them, though, there is one event they are unanimous in avoiding: the tasting class tent at the festival that had a time slot for peach flavoured bourbon.