Colleges and universities aren’t usually the first place you think of when it comes to the liquor industry having a place in, particularly given underage drinking issues. The truth of the matter though is a number of these higher learning institutes offer programs for training those of age in how to make spirits, wine and beer. It is thus a logical extension that collegiate-licensed products would at some point emerge, which is exactly what’s happened with a new whiskey out of New Mexico.

The new Pistol Pete’s Six Shooter, according to those behind it, is a rye whiskey done in collaboration between New Mexico State University (NMSU) and Dry Point Distillers, a Las Cruces, New Mexico based distillery owned by Chris Schaefer, a NMSU graduate. It is described as a three year old expression with official tasting notes of “a spicy start with rich cherry and caramel notes, leaving a bold, long lasting flavor.” 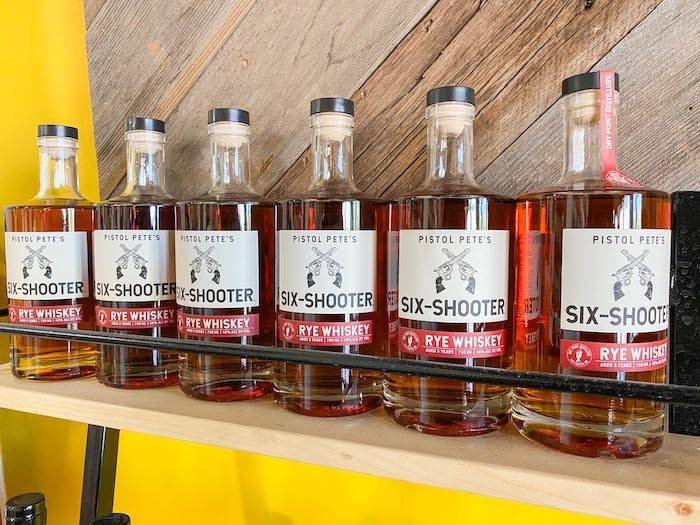 “We’re so excited for this opportunity to work with New Mexico State University,” said Schaefer in a prepared statement. “Craft distilling is an emerging industry in our state, and our business is still relatively new on the scene. This collaboration will help put us in front of a lot of new customers.”

Of particular note around this offering is that the label design is said to pay “homage to NMSU’s history and the university’s founding more than 130 years ago in the Old West.” It has been made available for sale locally, with a portion of the sales proceeds going to support NMSU’s more than 400 student-athletes.

“This is a win-win-win for everyone involved,” added NMSU Director of Athletics Mario Moccia said. “So many small businesses have had a rough road during the pandemic. With Pistol Pete’s Six-Shooter, we’re able to work with a small business, owned by someone who graduated from NMSU, and help them launch a product that benefits the university and our student-athletes.”