Bourbon (and its kissing cousin, Tennessee whiskey) is still at the center of the American whiskey world, but other whiskies are on the rise. Rye is enjoying explosive growth, and American single malts are carving out a new North American niche. Yet there’s still more to explore, as established and startup distilleries alike are fermenting and distilling a whole range of unique alternative grains with distinctive character and flavor profiles all their own.

Alternative grains don’t necessarily have to show up in entirely new categories. Consider that the typical bourbon has a three-grain mash bill, incorporating corn and malted barley, along with either rye or wheat – and, occasionally both, for a four-grain mash bill. Wild Turkey’s Eddie Russell explains Wild Turkey’s three-part bourbon mash bill:

That’s why Jim Beam’s Fred Noe describes rye as “the flavor grain,” noting that the Beam lineup has always incorporated rye as opposed to wheat. “The Beams have always used rye,” he said during a visit to the Jim Beam American Stillhouse. “That’s part of what bourbon is all about, it has a little bite. You want that in bourbon.”

Not everyone does, though, as evidenced by the growing popularity of wheated bourbons such as those in the Van Winkle family, along with Weller and Maker’s Mark. “They make good whiskey at Maker’s Mark,” says Noe. “It’s just different.”

Much of the focus on alternative grains in American whiskey right now is driven by smaller, craft producers who have more room to be experimental and innovative. But some of the big boys have been involved too, including Beam with their Signature Craft Harvest Bourbon collection. 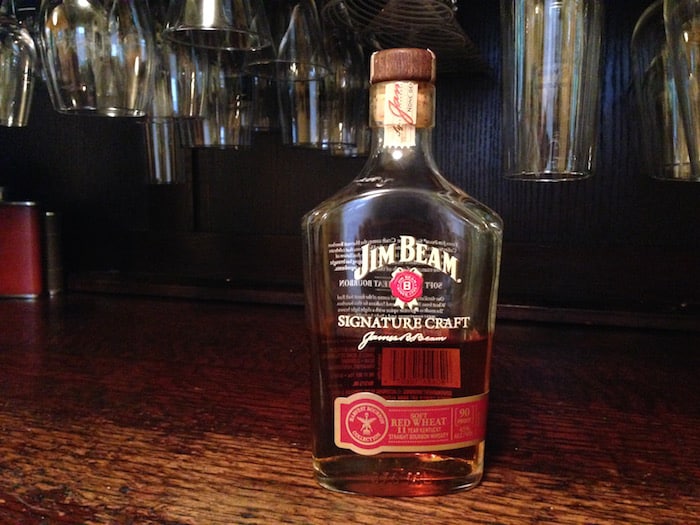 The Harvest Bourbon lineup includes offerings incorporating alternative grains into a classic bourbon mash bill, including out-there options like brown rice, whole rolled oat, and triticale. Beam deserves serious credit here, as these were aged for 11+ years before release. That means that Noe was tinkering around with these unique grains at least as far back as 2004.

“Dry Fly even in the beginning knew we wanted to be different in what we produced,” says co-founder Kent Fleischmann. “Especially by using the wonderful resources that grow in our state… With our intent to be different, we discovered triticale grew naturally here.”

After trying triticale, they were impressed with the returns. “It was a nice surprise, our first test barrel gave us a wonderful rye-esque product. Sweet and yet a mild spice, which reminds you of things like blackberry, vanilla, green apples and candied lime. So yes, it’s quite different.”

While Dry Fly produced the first-ever 100% Triticale Whiskey, their best-known whiskey may still be their fantastic Washington Wheat Whiskey, with a 100% wheat mash bill. Perhaps in part due to the aforementioned increased appreciation for wheated bourbons over the past several years, more producers are turning to wheat whiskey, including recent offerings from Cedar Ridge, Masterson’s, Journeyman, Spirits Works, Bernheim, and Middle West Spirits. 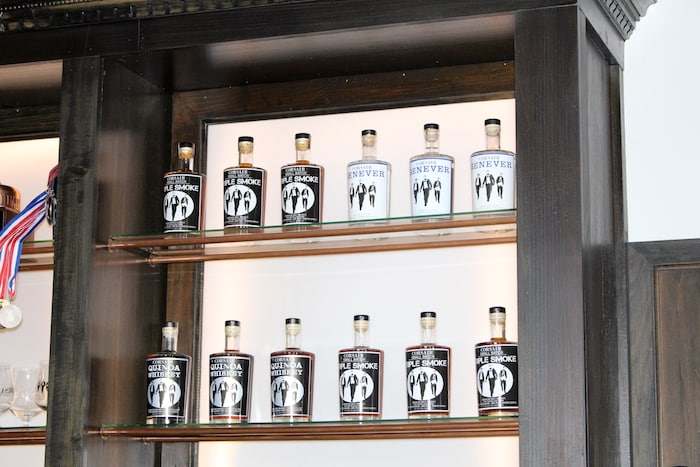 Another of American whiskey’s most noted and successful experimenters is Corsair Artisan Distillery. Owner Darek Bell has even put out a book: Alt Whiskeys: Alternative Whiskeys and Techniques for the Adventurous Distiller, a master class on unique grains and other whiskey tweaks and twists. Corsair offers a triticale whiskey made from a mash bill of triticale and barley. Their official product information for the release says:

“Is this the future of whiskey? Triticale is a new grain variety created by crossing species of wheat and rye to create a grain with the hardiness of rye and the yields of wheat. Malted triticale is similar to malted rye and has been identified as a grain with great promise for the brewing and distilling industry… In terms of taste, it does have the spicy character of rye but is less pronounced. This is a remarkable grain with a lot of potential for the future of whiskey making and results in a remarkable whiskey.”

Corsair isn’t hanging up its hat quite yet, of course. One of the most noted unique grain expressions that got people talking was their Quinoa Whiskey, made from a mash bill of red and white quinoa along with malted barley. According to Corsair, “quinoa adds an earthy and nutty flavor to the whiskey.” Corsair has also made whiskey from grains such as buckwheat and malted oats, while their Grainiac 9 Grain Bourbon incorporates corn, rye, wheat, barley, buckwheat, triticale, spelt, oats, and quinoa.

Another noted innovator is KOVAL, currently the only distillery producing a 100% Millet Whiskey and one of just a few making a 100% Oat Whiskey. “We wanted to work with alternative grains to really showcase the difference in flavors, as well as produce spirits that were as bright and clean as they are unique,” says Dr. Sonat Birnecker Hart, President of KOVAL Distillery.

As for the millet itself, KOVAL says the grain has been used to make spirits in Nepal. “We were initially curious about what millet – a tasty, naturally gluten-free grain – would taste like as a whiskey, and were pleased to discover that millet mashed and distilled wonderfully,” said Dr. Birnecker. 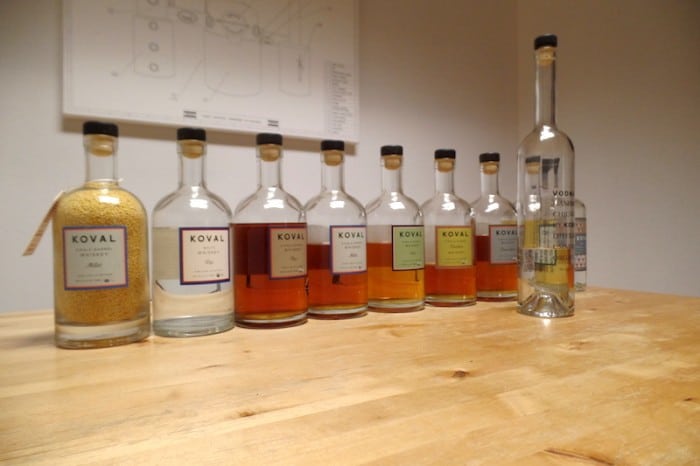 Some of Koval’s sprits (image copyright The Whiskey Wash)

The millet makes another appearance in their bourbon, which is made with a 51% corn and 49% millet mash bill, while the oat reappears in KOVAL’s Four Grain, made with oat, rye, wheat, and malted barley. That gives KOVAL the unique position of pushing grain bill boundaries in multiple directions, tinkering with the standard bourbon mash bill while also exploring entirely new classifications of alternative whiskeys.

While American whiskey has its own rich tradition, our distillers aren’t as constrained by centuries of history as Irish or Scottish producers. The freedom to experiment, to break from tradition, and to explore has always been a central tenant of the American identity, and as the whiskey industry changes, we’ll likely see more of these alternative mash bills and unusual grains. It’s an exciting time to be a whiskey drinker.

637
Shares
752
Views
Share on FacebookShare on TwitterGet Our Newsletter
Get Jefferson's Ocean at ReserveBar. Shop now!