Dual Oregon Whiskey Releases This Weekend Will Be A Treat

Two interesting Oregon whiskey distilleries, Big Bottom Distilling and Tualatin Valley Distilling, are local favorites here at our Portland-based headquarters. They both share space in a facility in the nearby suburb of Hillsboro, and this coming weekend, each is individually launching some new releases which you may find of interest, should you be in the area.

For Big Bottom, plans call for the debut of an “exclusive barrel experiment” which presents itself as four bourbons in a tasting pack. What’s unique about this pack, according to the distillery, is that all four whiskies come from barrels that “contain the exact same distillate, barreled at the same time with the same proof and aged under the same conditions.” It is a rare chance to check out the results of a project started over two years ago that was conducted by Big Bottom “to determine the best type of barrels to use for future production.” 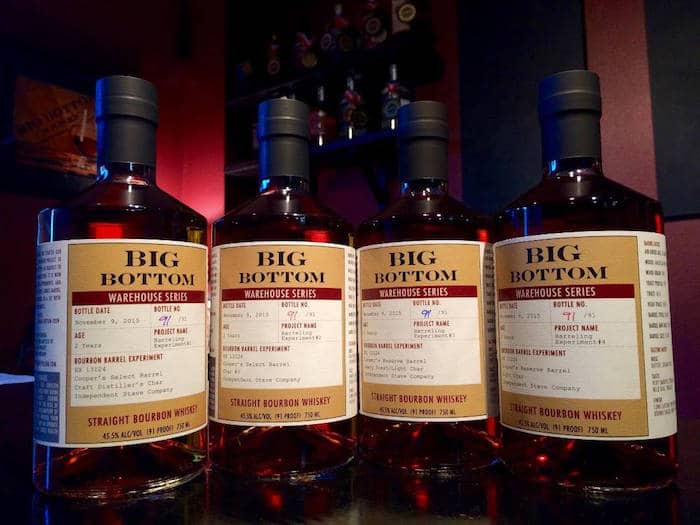 Only 91 packs of these four bourbons grouped together will be on sale through the distillery’s tasting room on Saturday, December 5, at a price point of around $140. The offering is part of their experimental Warehouse Series. 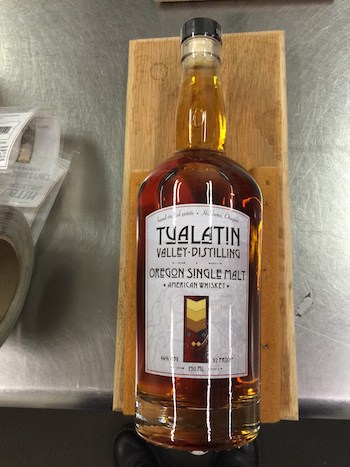 Tualatin Valley Distilling, meanwhile, will be launching the much-awaited Batch 5 of its Oregon Single Malt. What’s particularly unique about this American single malt, as we recently highlighted, is the extremely local nature of this bottling. To be exact, it has been crafted from barley bred in Oregon, and grown and malted at a single farm in another part of the state.

Information from the distillery on its website indicates the barley comes from Mecca Grade Estate Growers. For the whiskey geeks out there, here are a few tidbits to know, again courtesy of Tualatin Valley Distilling, including a map of exactly where the barley fields are:

The whiskey, after being distilled, was aged for a little over six months in both charred American and toasted Hungarian oak before being vatted and blended. Final proof in the bottle is 92 and this, like the Big Bottom bourbon, is a limited release. It is expected both will go relatively fast, so if you are in the mood to check out some great Oregon whiskey happenings, you know where you need to be come this weekend.

299
Shares
100
Views
Share on FacebookShare on TwitterGet Our Newsletter
Cheers to the Dads! Personalize a bottle of his favorite whiskey to create a modern gift for the modern man. Use code: FATHERSDAY20 for $20 off your next order of $100 or more at ReserveBar