This American single malt is distilled from a custom blend of malted barley and aged onsite at Dogfish Head for more than three years in charred oak barrels.

The brand notes that the new spirit is layered with nuanced, warming flavors. 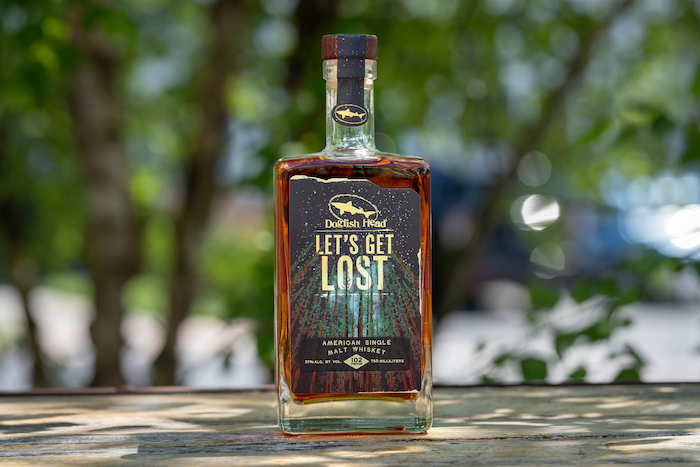 “All our scratch-made spirits are crafted alongside our beers using the same all-natural, high-quality culinary ingredients, each taking ample time and a whole lot of thoughtful experimentation to develop, test and perfect,” said Sam Calagione, Dogfish Head founder and brewer, in a prepared statement.

He said that the new single malt, Let’s Get Lost, was a years-long labor of love made possible by the hard work and ingenuity of his distilling co-workers.

“Last year, around the holidays, we released a limited quantity of Let’s Get Lost at our coastal Delaware properties and it sold out almost immediately. That’s when we knew we were on to something,” Calagione said. “Let’s Get Lost earned a 92-point ‘Outstanding’ rating and claimed a Gold Medal in the American Single Malt Category.”

Let’s Get Lost will be available in 750ml bottles in Delaware, Maryland, New Jersey and Washington. Whiskey lovers local to coastal Delaware can pick up a bottle at one of Dogfish Head’s hospitality locations in Rehoboth and Milton.

Dogfish Head has been distilling scratch-made spirits since 2002 creating an array of vodkas, gins, rums, whiskeys and more.

As they expand their list of offerings, Innovation Manager James Montero said, “At Dogfish Head, we are firm believers in the importance of exploring goodness. Let’s Get Lost invites drinkers on that journey with us, encouraging them to get lost in the liquid’s alluring layers of flavors … it is, no doubt, our most robust, high-end and in my opinion, our most special whiskey yet and I can’t wait to see what folks think of it.”

For more information about Dogfish Head Distilling or to track down a bottle of the new offering, check out www.dogfish.com/distillery.

403
Shares
584
Views
Share on FacebookShare on TwitterGet Our Newsletter
Get Jefferson's Ocean at ReserveBar. Shop now!