The 130.4-proof 291 Colorado Whiskey and 128.2-proof Bourbon Whiskey Downtown 150th Anniversary Barrel Select were chosen by a panel of experts including Gregor Huesgen, owner of Colorado Springs’ Downtown Fine Spirits & Wines, members of his staff and team members of Distillery 291. The distillery uses grains from the Colorado plains and water collected from Pikes Peak reservoirs. The small-batch distiller manages the entire distilling process locally, from grain to barrel to bottle, by hand with each barrel aspen stave finished. Only 45 bottles of each of the limited-edition whiskeys are available. 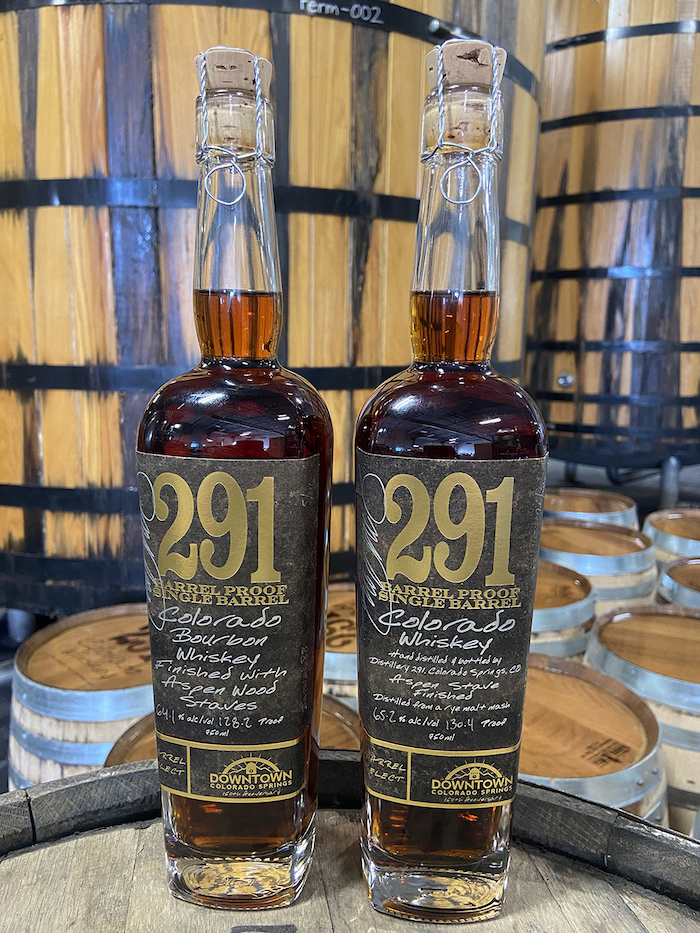 “These two selections were the unanimous choice after sampling from six barrels, and we’re excited to share them with the community in celebration of the city’s 150th anniversary,” Huesgen said in a prepared statement.

291 Colorado Straight Rye Whiskey (Batch #2) and 291 Colorado Straight Bourbon Whiskey (Batch #2) are returning releases matured in deep-charred, new American white oak barrels for three years. Traditionally a limited release, the whiskeys have only been available at the distillery’s tasting room in the past. This year, 601 bottles of the 291 Straight Bourbon Whiskey and 761 bottles of the 291 Straight Rye Whiskey will be made available online for the first time ever, and through select Colorado retailers, as well as the 291 tasting room, for a retail price of $199.

“We look forward to our annual releases every summer,” Owner and Founding Distiller of Distillery 291 Michael Myers said. “Last year we introduced Colorado to our Straight Rye and Straight Bourbon whiskeys. This year we’re rolling out the new releases across the country, thanks to our online store.”

294
Shares
1k
Views
Share on FacebookShare on TwitterGet Our Newsletter
Get The Macallan® Rare Cask at ReserveBar. Shop now!