When Copper Fox Distillery in Sperryville, Virginia opened in 2005, the distilling scene in the state was much different, according to Copper Fox founder Rick Wasmund. Apart from J. Smith Bowman, Laird’s, and a handful of others there wasn’t much of a scene to speak of. Since then, though, the Virginia craft scene has grown and Copper Fox Distillery, makers of American single malt whisky, have been around to see it all.

Copper Fox was born out of Wasmund’s “obsession,” as he calls it, with wanting to make single malt whisky using smokes made from ingredients other than peat.  To do this, Wasmund first traveled to Scotland and – apart from visiting over 100 distilleries – apprenticed at the Islay whisky distillery, Bowmore. It was there that he would learn how they smoked their malt, a process he would go on to recreate at home in Virginia, becoming the first US distillery malt floor and kiln since the repeal of Prohibition.

In order to start smoking their own malt, Wasmund says they essentially created a smaller version of Bowmore’s malt floor and kiln and substituted in apple wood and cherry wood for peat, Wasmund says. The operation grew in scope and skill from there.

“As we got a little more sophisticated, the concept of craft malting started to grow,” Wasmund says. “So I gave an internship to a couple of people who took it beyond the level of what I could do.” 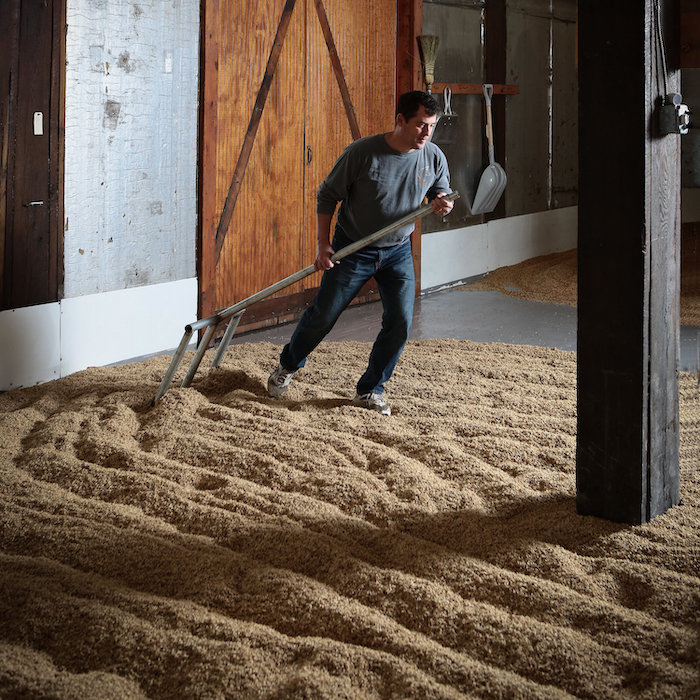 The malt floor at Copper Fox (image via Copper Fox)

Fruitwood barrels a component of aging

Using fruitwoods to flavor their whiskeys goes beyond the malting floor, though. According to Wasmund, Copper Fox was the first distillery in the world to age their whiskeys with apple wood. When the whisky is ready for maturation, hand-cut and hand-toasted applewood chips are macerated in the liquid to intensify the fruitwood flavors. The decision to use fruitwoods from the beginning, Wasmund says, was pretty easy.

“The aromatic qualities of the woods are great,” he says. “Also, the wood we used [at first, and continue to use] was abundant in our area of Virginia. It really wasn’t that much more complicated than that.”

Applewood continues to be one of the principal fruit woods for smoking and aging, but the distillery has also used cherry wood and peach wood for different expressions as well. 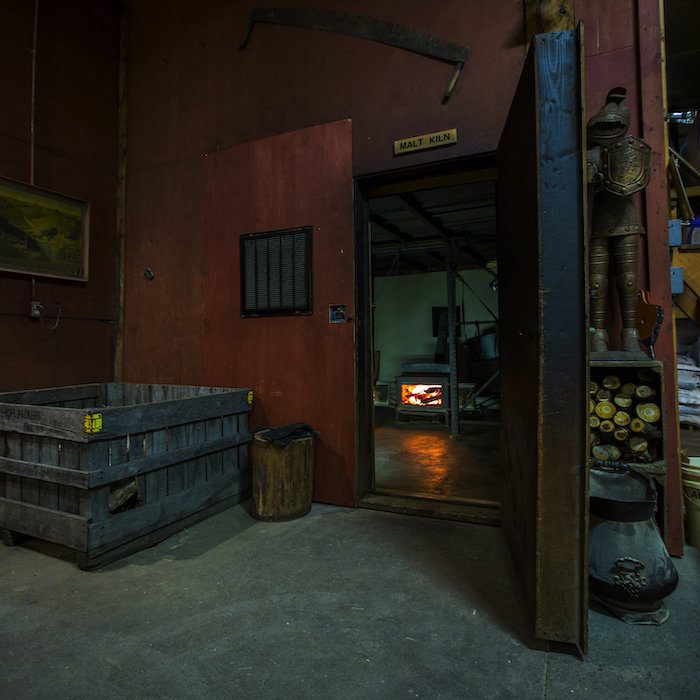 Another component of Copper Fox’s whisky that allows it to stand apart is the grain used. Developed by Virginia Tech, Copper Fox uses a 6-row variety of barley named Thoroughbred for all of their whiskeys.

“Virginia Tech had been in development of grains long before we got involved, they just didn’t have anyone that was doing anything with it. They were very excited when I contacted them,” Wasmund says.

From there, the distillery worked with the university program to develop a flavor-forward barley that would successfully grow in the state. Wet Virginia springs could hinder growth or cause mold on the barley crops. After trying multiple varieties, Wasmund says, they landed on Thoroughbred.

“We were looking for a variety that could be grown successfully and provide a good base of flavor. We were fairly forgiving with that because such a large component of the flavor is the smoke,” Wasmund says.

Copper Fox then started working with a local farmer and to this day still use the same company, Bay’s Best Feed. The name of Copper Fox’s bourbon is an homage to the original farmer, Billy Dawson, who passed away a few years ago.

Production of Copper Fox’s products all occurred at their original Sperryville location until 2015, when they bought a second location, this time in Williamsburg, Virginia. Within a year, Wasmund says, they ran only a small still, but since August 2020 have been running a 1,000-gallon pot still a couple days per week. 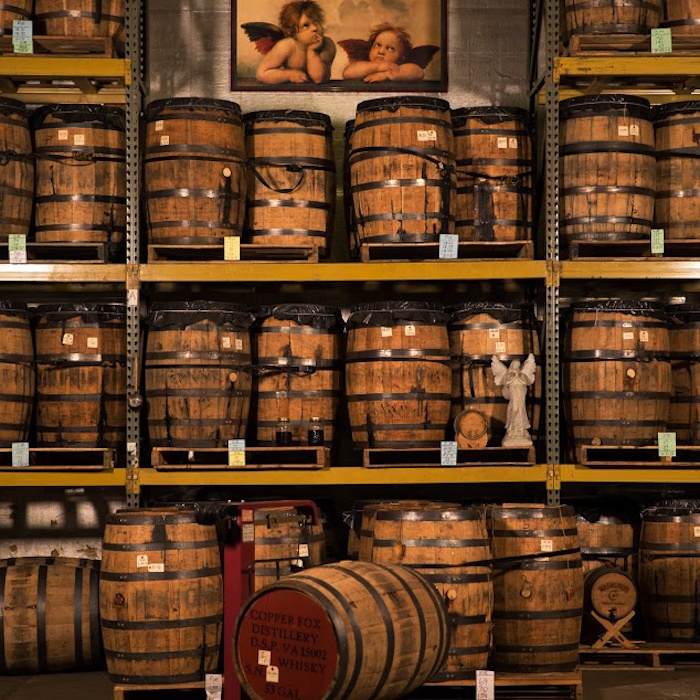 The spirits of Copper Fox

In addition to their flagship Copper Fox Original American Single Malt and Original rye whiskeys, the distillery offers a bourbon, a single malt rye, a peach wood whisky, and a variety of special edition whiskeys, a line which Wasmund says he hopes to develop into a whiskey club in the future. For those looking to have a hand in the whisky aging process, Copper Fox also produces an at-home barrel kit, which comes with a two-gallon barrel and two bottles of unaged product.

Beyond whisky, the distillery also produces a single malt gin — Vir Gin (as in the distillery’s home state). Because it is distilled in a copper pot still, the gin is richer than many, coating the palate and bursting with not only juniper, but a variety of anise flavors and citrus as well. While they had not originally planned to create a gin, Wasmund says, it has turned out wonderfully.

Looking ahead, Wasmund says, innovation will happen — as long as it is practical. Beyond that, he adds, they’re simply enjoying making whisky.

107
Shares
1.9k
Views
Share on FacebookShare on TwitterGet Our Newsletter
Read More Whiskey News
Whiskey Review: Laws Whiskey House Four Grain Straight Bourbon
Cheers to the Dads! Personalize a bottle of his favorite whiskey to create a modern gift for the modern man. Use code: FATHERSDAY20 for $20 off your next order of $100 or more at ReserveBar