The independent, family-owned supplier said the name comes from the historic Scottish term for the process of blending several single malts in a vat to create a complex new flavor. This blend was first released in 2015 and is the first rye to use the “vatted” designation. Straight rye whiskies are combined in a vat and married until blended and the liquid is proofed down to 50% alcohol by volume. 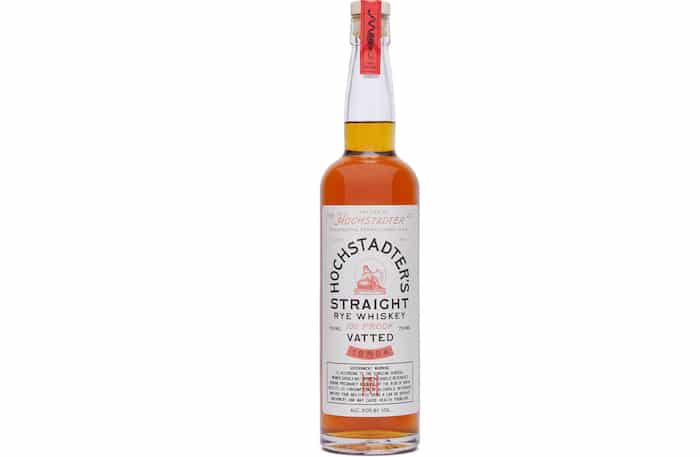 This latest blend is incorporating ryes from Kentucky, Pennsylvania, Indiana and Canada. They all were aged in American oak barrels with a No. 4 char — known as the “alligator char.” They were curated by the late Robert Cooper and selected from Cooper Spirits’ whisky library.

“Vatted Rye is still a significantly misunderstood category,” Chad Solomon, Cooper Spirits’ Director of Trade Advocacy and Innovation, said, in a prepared statement. :Vatting adds a complexity to the liquid and gives it a unique flavor profile that would be hard to achieve otherwise. What’s truly incredible about this product is Rob Cooper’s vision and foresight.

“Knowing the rye category was going to explode, he strategically curated the barrels in the company’s library to ensure long-term success. His overall goal was to create a product that over-delivered in every aspect, and we achieved that with Vatted.”

Just 1,500 cases were made, bottled at 50% ABV, and are available for sale at a suggested retail price of $59.99. The Cooper Spirit Co. was founded in 2006 by Cooper with the introduction of St-Germain, an artisanal French liquor made from fresh elderflower blossoms.

14
Shares
1.1k
Views
Share on FacebookShare on TwitterGet Our Newsletter
Get The Macallan® Rare Cask at ReserveBar. Shop now!