The infinity bottle is an interesting idea, usually seen done in home bar environments, where one takes leftover elements from other bottles and mixes them together, creating a unique mixture that theoretically gets refilled over and over again over time. Catoctin Creek, a distillery based out of Virginia, is doing its own take on this, unveiling a bottling put together from the leftovers of private barrel selections previously chosen by other parties.

The new Catoctin Creek Infinity Barrel #InThisTogether Rye Whisky, according to those behind it, is a blended expression consisting of leftover whiskies in barrel that were previously part of its barrel selection program. This program allowed D.C. Metro Area restaurants to “bottle and sell custom-made whisky from the distillery’s more experimental barrels.” With the ongoing pandemic, some of these restaurants came under financial hardship and could not “sustain the private barrel selections they had chosen.” 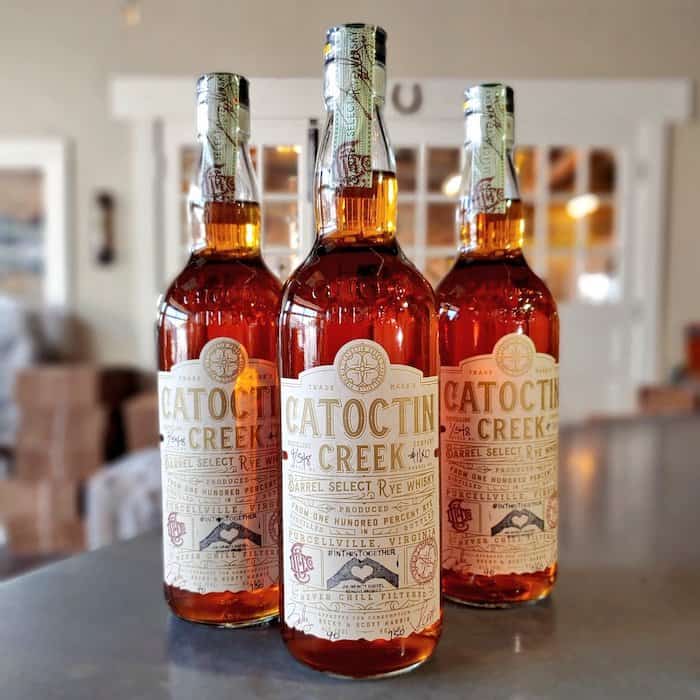 The distillery, aiming to help their clients out, took back the barrels and their leftover contents. The idea for the new whiskey later came along, with all profits from it going to charities supporting struggling restaurants and bars.

“This was difficult for us to do,” said Catoctin Creek co-0wner, Scott Harris, in a prepared statement, “but we decided to spin this hay into gold by creating a rye whisky that is unlike anything you will ever see again. During this difficult time, we are truly all #InThisTogether, which is why 100% of the profits will go to our neighbors, friends and community members in need.”

As for the specifics of the whiskey, it was noted that the leftovers including with are things such as an American Chardonnay oak cask; an apple brandy cask and an American Imperial Stout cask from Stablecraft Brewery in Virginia. After blending, re-barreling and blind tasting at different proofs, the Infinity Barrel Rye Whisky was born, being bottled at 80 proof.

Plans call for the rye whiskey to price around $45 per 750 ml bottle. It will be available at the beginning of June at the distillery’s tasting room as well as in Washington, D.C., Delaware, Maryland and Virginia.