Catoctin Creek Distilling Does A Whiskey With Shock-Rockers GWAR

The Virginia-bred shock rockers, best known for their outlandish costumes and legendary live performances that involve dousing their audience with copious amounts of fake blood, have joined forces with Catoctin for the February release of Catoctin Creek Ragnarök Rye, a 92-proof rye whiskey that has been aged in charred new white oak casks. 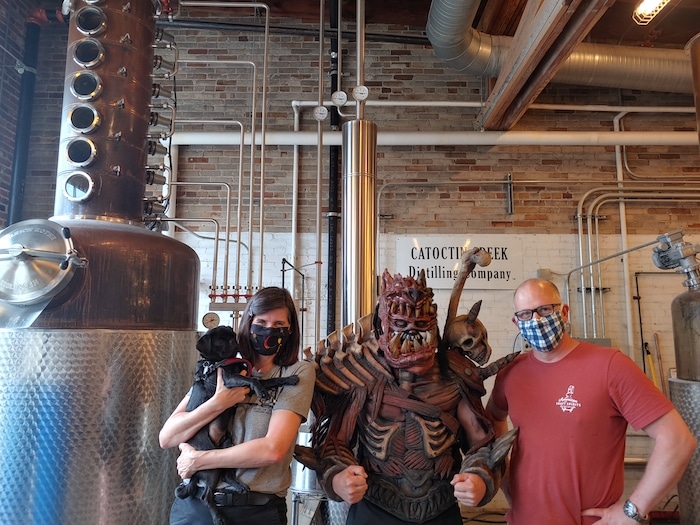 In keeping with the outlandish origin story that GWAR has concocted for itself—their arrival on Earth came via a flaming comet that landed in Antarctica—Catoctin founder and general manager Scott Harris explained this new collaboration in appropriately ridiculous fashion in a prepared statement.

“Don’t get me wrong, this is an exciting release, but we were quite surprised when GWAR showed up at our distillery,” said Harris. “Purcellville is a quiet town, so to have these intergalactic visitors was—honestly—a little stressful. We had to constantly keep an eye on them to keep them from breaking stuff, and they even tried to eat our dog, Otto. The only way we could get them to leave was to agree to bottle their whisky for them.”

The announcement also included this on-brand statement from GWAR member The Berserker Blothar: “Ahh, such a powerful spirit. A delicious sacrament to drink in preparation for battle, and it’ll get you really, really crazy.”

The spirit was created using rare grains and was aged in charred new white oak casks, resulting in a drink that, according to the distillers, is “graced with notes of cherry wood and sugar maple to produce subtle flavors unheard of in a traditional rye whiskey.”

The 46% ABV Catoctin Creek Ragnarök Rye will be released this coming February around the world, retailing for $99.

41
Shares
1.2k
Views
Share on FacebookShare on TwitterGet Our Newsletter
Get The Macallan® Rare Cask at ReserveBar. Shop now!