Instead of putting the distillate into the barrel, it is redistilled into vodka. Sumac was steeped in the rye base during the vodka distillation. The Sumac steeped vodka is then redistilled once more to allow the alcohol vapor to pass through the gin baskets, infusing the vapor with the essential oils and other flavor compounds contained in the remaining botanicals. The vapor is then condensed back into a liquid. 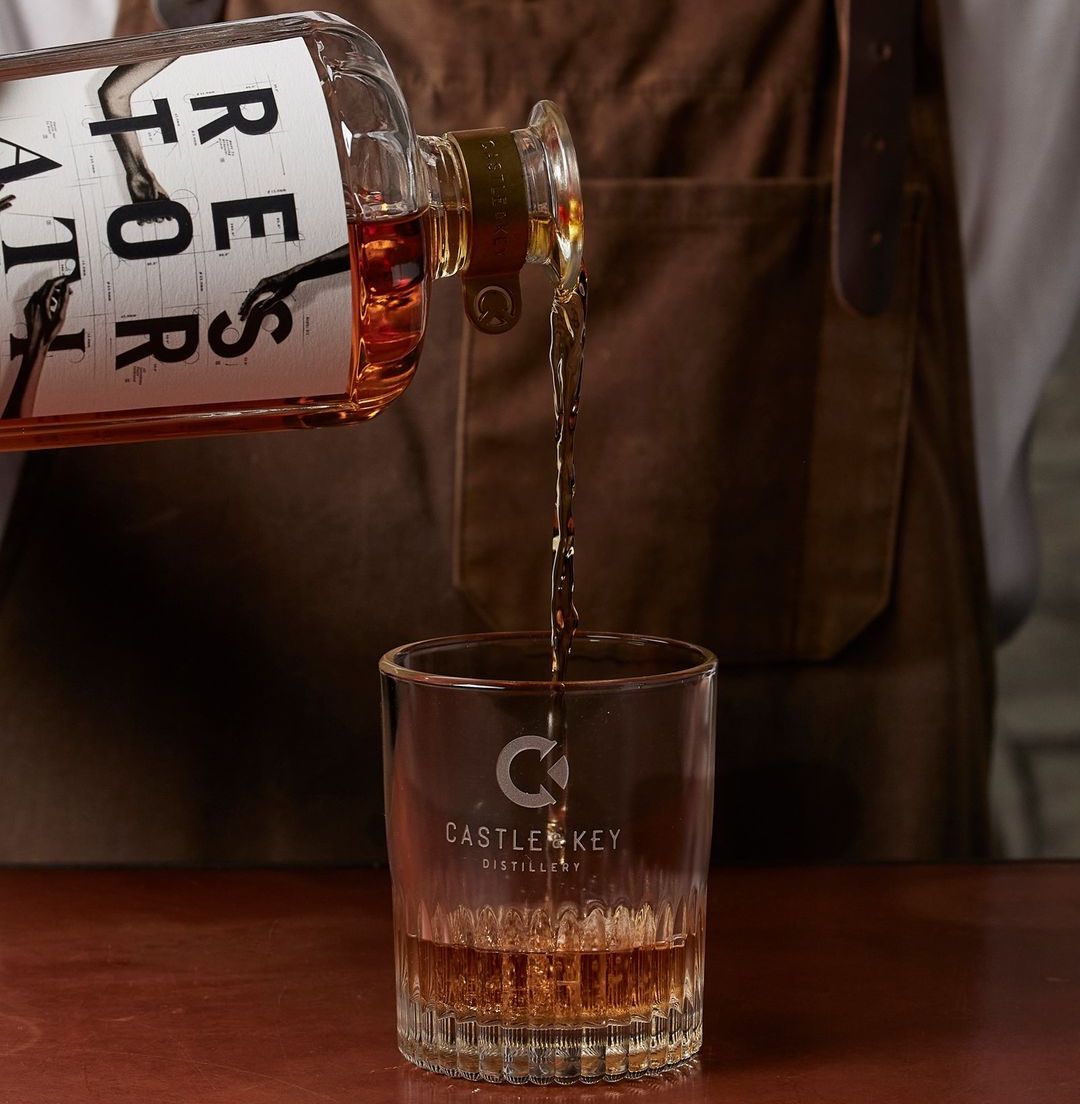 “This autumn season, we’re excited to release our Roots of Ruin Harvest Seasonal Gin, as it encompasses the thoughtfulness and detail we put into our seasonal gins and showcases the best botanicals of the season,” Research & Development Manager at Castle & Key Distillery said in a prepared statement. “We’re also thrilled to simultaneously release the continuation of our 2021 Restoration Rye series with Batch #2 & #3; the first being blended to showcase many of the traditional rye whiskey characteristics of baking spice, brown sugar and dark fruit, while the latter is more non-traditional with delicate flavors of citrus and stone fruit.”

Restoration Rye Batch #2 is created from a blend of 75 barrels, while Rye Batch #3 is comprised of 70 barrels. During the blending process, barrels are grouped into pods with specific sensory profiles and those pods are then blended.