Can Whiskey Really Be Influenced By Terroir?

English is a terrific language, but it lacks certain words we have to borrow from others from time to time. One of them is terroir – pronounced by English speakers as “tare-wahr,” the French word that translates to “of the earth,” and is used mostly in wine contexts to describe the soil, water, climate and other local factors of its provenance. However, it can be argued that whiskey can also have terroir, that certain environmental conditions surrounding where it’s produced have a direct impact on the final product and flavor profiles.

American whiskey is seeing a massive growth from big brand producers as well as craft and boutique operations. Whiskey aficionados (there’s another one we had to borrow) know that not all whiskey was created equal, and it’s becoming more evident to consumers that information about where and with what that whiskey was made has a direct impact on sales.

Craft distilling these days falls into two categories: those who start from scratch and those who source it. There are only a handful of distilleries turning out large enough quantities to satisfy the latter category. The biggest is MGP – Midwest Grain Products in Indiana. People who taste a lot of whiskey know an MGP right away. It’s sweet, rich, with lots of vanilla, sweet spices and very soft tannins. No matter how it’s handled later (with optional additional casking and maturation), those are the distinctive, dominant flavor profiles and, leaving the concept good or bad of mass production aside, they are likely the result of the corn and other grains in the mashbill, where they’re grown, the source of the water used to bring down the proof and the atmospheric conditions of their warehouses for initial maturation, which would be subject to very cold winters and warm summers. All of that constitutes terroir. 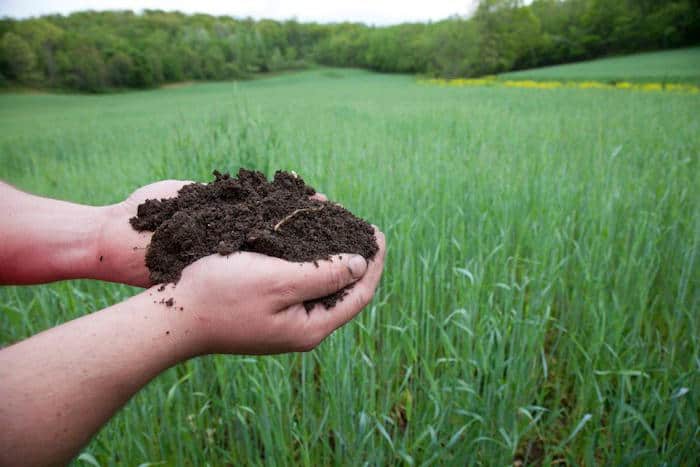 Farther south in Kentucky, water passes through limestone and rocky soil, and warehouse temperatures fluctuate dramatically high in the summer, which causes higher cask strengths. The whiskey tends to have a sharp, almost maple sweetness followed by a distinct musty, leathery (in a good way!) element and strong tannins. The natural stone deposits in the water impart a viscous consistency. These factors are what give Kentucky whiskey its coveted terroir. Sure, distillers have the final say in the outcome of the whiskey, deciding which of these natural characteristics they want to showcase. However, nature is doing its fair share of the hard work.

American distilling has seen the popularity of another concept that is similar to that of wine – the grower producer. Distilleries such as Hillrock in upstate New York grow their grain right on the same property as the distillery, and use only local water sources, which gives them complete control of ingredients from land to bottle. For other brands, even If the whiskey grain is not grown directly on the premises, where it comes from is still considered a marketing sticking point. The words “locally sourced” or “____ state sourced” or the word “farm” are label bait, as is “local spring water,” “organic,” “natural” and variations thereof.

There’s a noticeable difference between whiskey matured in the north in places such as New York vs. Kentucky or Tennessee. NY Distilling Company has finally released its long awaited Ragtime Rye, which was allowed to come to full maturation in large format barrels in Williamsburg, Brooklyn. These were aged the same amount of time as most straight whiskeys (at least two years, in this case almost three), however, it’s noticeably different tasting than a straight rye from the south. Ragtime is softer and rounder than, say, Woodford Reserve Rye. The rye in the Ragtime is New York state grown and it’s made with New York water, maturing in a place that’s seen some seriously frigid and wet Dr. Zhivago-esque conditions the past couple of years. Woodford’s rye, even though it has a relatively low percentage of rye in its mashbill, is bolder, spicier and sweeter. Coincidence? Hardly. This is terroir at work.

Taste whiskey from Anchor Distilling outside San Francisco atop a high hill and notice their butteriness and soft spices. Taste a range from Westland Distillery outside Seattle and, wouldn’t you know, they have a noticeable coffee note in the mix. Taste Balcones from Texas and regard how spicy and earthy they are. The list goes on.

The next time you taste a flight of whiskeys, try a flight of bourbon or rye from different states and notice the subtle, or not so subtle differences between them. “Terroir” might sound like a pretentious word, but in fact it’s quite descriptive – it tells a story. And great stories start with a glass of whiskey.