Buzzard’s Roost Whiskey has set out to re-launch its inaugural whiskey under a new name, “Char 1 Rye.”

Formerly known as Very Small Batch Rye, the Char 1 Rye is a three-year-old Indiana rye whiskey from a mash bill of 95 percent rye and 5 percent malted barley. It clocks in at 105 proof (52.5 percent ABV).

The distiller’s notes show the rye offers aromas of wood and sweet citrus that open to deeper notes of dark chocolate and dark fruit. Char 1 Rye has a suggested retail price of $49 per 750mL bottle. 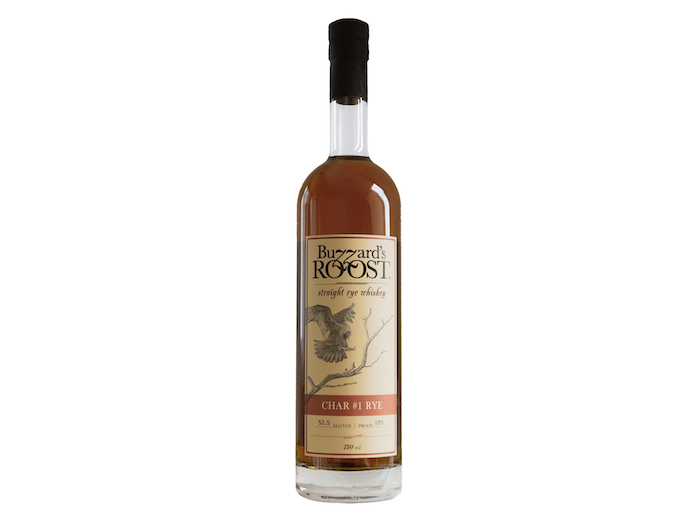 “Our proprietary barrel alchemies are all based on Char 1 barrels,” said Buzzard’s Roost co-founder and CEO Judy Hollis Jones in a prepared statement. “Char 1 Rye is an evolution of the first whiskey we launched in 2019, offering the complex sweet and spicy flavor profile that made it a huge success when it launched.”

Jason Brauner, co-founder and master blender for Buzzard’s Roost, said they use Char 1 barrels for the second barrel maturation, and “we do it because of what it brings to the whiskey in terms of flavor and color. We use our barrels like a spice rack, with each bringing very intentional aromas and flavor profiles to the final blend.”

Buzzard’s Roost is an independent blender and bottler with what’s described as a focus on treating barrels in deliberate ways to achieve rare and exceptional flavors. The brand is woman-owned and led, and is currently distributed throughout Kentucky, Massachusetts, Ohio, New Mexico and Arkansas with more states to be announced soon.