Buffalo Trace 2016 Antique Collection Whiskeys Light It Up Once Again

Yes, the 2016 version of the rare American whiskey race is afoot. Just yesterday, we brought you word of the Four Roses 2016 Limited Edition Small Batch Bourbon. Before that, it was Old Forester Birthday Bourbon and Parker’s Heritage from Heaven Hill, Next up – and one we know a lot of folks have eagerly been awaiting official information on – is the Buffalo Trace 2016 Antique Collection. 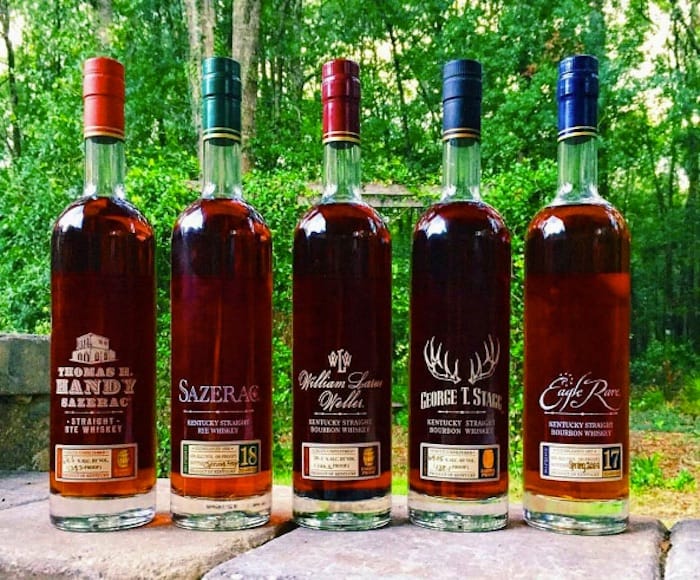 As usual, you have the mix of George T. Stagg, William Larue Weller, Thomas H. Handy Sazerac Rye, Eagle Rare 17-Year-Old and Sazerac Rye 18-Year-Old. This year, some of these definitely fall into that 130+proof category of American whiskeys we recently wrote about. Here are the available details of each, courtesy of  Buffalo Trace:

The price set by Buffalo Trace for these whiskeys is reasonable, as always, dropping in at $90 each. There is no doubt, however, that prices will quickly skyrocket as retailers and secondary market sales ramp up. Ahh, free market economies and rare whiskey. Good luck in the hunt!