Breuckelen Distilling, located in the Brooklyn area of New York City, is something of a pioneer when it comes to craft spirits from that state. Having been around for a decade now, they’ve firmly established themselves as a solid local whiskey distiller, covering the bases with some bourbon, rye and wheat style offerings, among others. They’ve now strayed into the malt whiskey category as well, recently unveiling an expression they describe as a “riff on a Scottish classic.”

The new Breuckelen Brownstone Malt Whiskey, according to those behind it, was double pot distilled from 100% New York grown barley and then left to age for six years in new, charred 53-gallon American oak barrels. It was then bottled at 100 proof, with 1,000 bottles being released in the first batch.

“I love the nuance created by using local ingredients and local methods and how those environmental factors influence the way a whiskey tastes,” said Breuckelen master distiller Brad Estabrooke to The Whiskey Wash in an email when asked by us about this release. “Around the world malts are made, generally, following the same recipe. With such diverse environments to draw from, malts offer the widest variety of flavor profiles. I have so many great memories of tasting through a table full of single malts with friends, discovering the differences.  I always wanted to be a part of that. 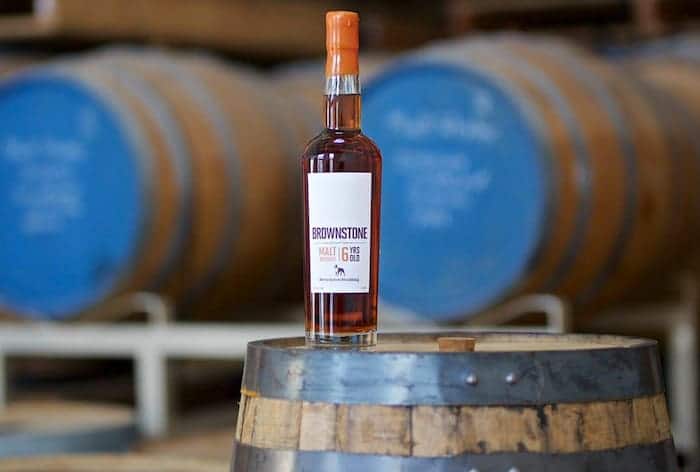 “But when we started distilling in 2010 there were no local malt houses.  Making a whiskey with imported malt didn’t excite me.  Malted local grains became available once Valley Malt [a malt house in Massachusetts] installed their second larger malting system and we got started with this line of whiskeys right away.  We have several malt house options now, the industry has grown a lot in 10 years.

“It’s been a long time waiting to be happy with the flavors.  I didn’t expect to wait so long but I think it was worth it.”

As it stands now plans call for this first Brownstone batch to initially be available in New York and New Jersey for around $75 per 750 ml bottle. Official tasting notes indicate “rich with hints of fresh orange, honey, and cherry on the nose. Followed by a dry, citrus mid palate. And cinnamon, tropical fruit and a warm 100 proof finish.”