Is Booker’s Rye Really Worth Being Called World Whiskey Of The Year?

It’s October, so Jim Murray’s in the news again. The British whiskey writer is releasing the annual edition of Jim Murray’s Whiskey Bible, and that means the world press has been served up his choices of the year’s best whiskeys, including his “World Whiskey of the Year,” Booker’s Rye.

That’s the one-time release of a rye whiskey in the uncut, unfiltered Booker’s Bourbon style, made famous by Jim Beam’s grandson, the late Booker Noe. Booker wanted folks to be able to taste Beam’s bourbon the way he did as master distiller: straight out of the barrel. This rye whiskey is from a single run Booker did not long before he died, back in 2004. There were approximately 10,000 bottles (no one seems to have a solid figure) released back in June, with a somewhat gasp-inducing $299 suggested retail price.

And with that, two questions almost certainly pop to your mind. Is it really that good? And, if there’s any left, what’s it cost now? 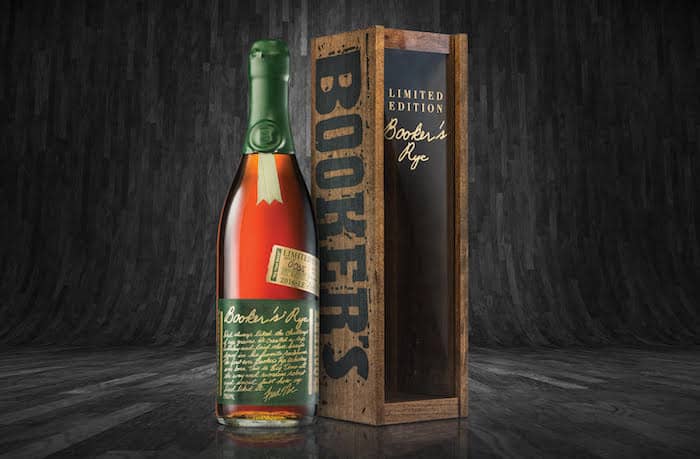 Good questions, which is what Murray’s picks tend to engender. Two years ago it was the Yamazaki Sherry Cask. No one was shocked, because it was most definitely good enough to be in contention for anyone’s whiskey of the year, and yes, it almost immediately disappeared from the shelves, leaving only vastly inflated price tags in its wake.

Last year, though, it was the Crown Royal Northern Harvest Rye, which Diageo had plenty of, so the price – a wonderfully affordable $28! – is still the same today. But was it really that good? That set off a lot of conversation, ranging from ‘Murray’s lost it,’ to the somewhat nasty ‘how much did Diageo pay him?’, to the more reasonable ‘it’s quite a good whisky…but not that good.’ For the record, that last one was where I came down. I liked it then, I still do…but “whiskey of the year”? Go on!

But these three whiskeys are enough to triangulate Murray’s techniques. Remember, despite many misunderstandings, this is not a panel, or a judging competition. This is Jim Murray, tasting hundreds of new whiskeys, and picking one…for reasons that are known only to Jim. He doesn’t have to justify his pick to anyone.

Given the whiskeys he’s picked (other recent ones included the Glenmorangie Ealanta, Thomas H. Handy Rye, and Old Pulteney 21), there’s a possibility that Murray’s picking whiskies he feels we should be looking at. Two standout ryes in five years, a virgin oak-aged single malt and another from a distillery that’s been somewhat overlooked, an exceptional Japanese whisky, and arguably one of the most flavorful Canadian whiskies…these awards look like a tap on the shoulder, saying ‘Hey, you, look over here, you missed one.’

Of course, they’re also engagingly controversial, which insures that they’ll get press coverage, that they’ll start conversations – “Did you hear what Murray picked this year?” – and, well, that they’ll sell books. That’s the business Murray’s in, after all.

I have no beef with either side of that, especially since there are no real clinkers in the lot. Anything that gets people to look outside of their usual whiskey choices is great, that’s how we grow and find new things to enjoy. As for selling books, well, that’s almost a side-effect of being controversial, and being controversial is great for getting people to talk about whiskey, another great thing, only topped by getting people to try new whiskeys.

The only problem I have with Murray’s Whiskey Bible? The covers are just getting stranger and stranger. Back in 2013, there was a smiling, affable Jim; now he looks like some evil whiskey spirit from an episode of Supernatural. Get your happy face on again!

Oh, and is Booker’s Rye really that good? You bet it is, and if you can find a bar selling it, get out your credit card and try it. Because chances of finding one on the shelf are dwindling by the hour, as the price climbs since Murray’s announcement.

If you can’t find the Booker’s, you can still get something out of Jim’s lessons by trying something more affordable: Sazerac Rye, for example, or Rittenhouse, or maybe a good craft rye like Dad’s Hat or FEW. If you want to spend a lot on a rye, you can get one of the older Redemptions for less, and they’re awfully nice too.

Have fun out there, and spend your whiskey money wisely.