It is becoming increasingly common to see collaboration between the worlds of craft whiskey and craft beer, in endeavors such as sharing aging barrels and developing malt whiskey from the wash of a popular beer. This latter is true now once again through the recent unveiling of Black Butte Whiskey from Oregon-based Deschutes Brewery and Bendistillery.

Black Butte Whiskey will likely appeal to mainstream craft beer drinkers, as it was created from the wash of Deschutes Brewery’s flagship beer, Black Butte Porter. After double distillation it was aged three years in new #4 char American oak barrels before being bottled at 47% ABV. 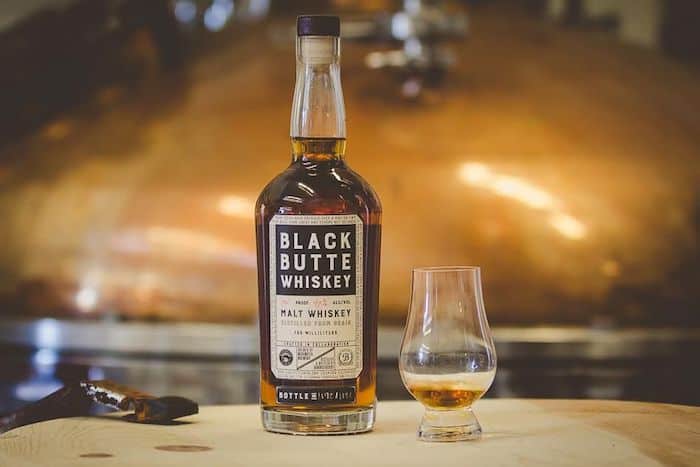 “The origin of this project was nearly 20 years ago when I distilled and barreled a small batch of Deschutes’ Black Butte Porter beer as an experiment,” said Jim Bendis, founder of Bendistillery, in a prepared statement. “We all kind of forgot about it until we ran across that original barrel when we moved the distillery. Tasting that spirit is what really inspired us to collaborate with Deschutes to produce a whiskey we could share with everybody. It brings happy tears to my eyes witnessing a 20-year-old dream come to fruition!”

As it stands right now, Black Butte Whiskey is available only in Oregon, pricing around $80 per bottle in limited numbers. Once stock runs out there are no more plans to bottle a new batch of it until the end of next year. Limited official tasting notes are below for your consideration from Deschutes Brewery.

Shares
291
Views
Share on FacebookShare on TwitterGet Our Newsletter
Get Jefferson's Ocean at ReserveBar. Shop now!