The new release is made from a blend of bourbon, rye, malt, wheat, and, interestingly, light whiskeys (the latter is a now-unusual category dating to 1968 that was designed to compete with imported spirits like vodka and blended scotch; it’s distilled to a higher proof than other American whiskeys and aged in used barrels). The seven-year-old distillery previously released a single-barrel straight bourbon, sold under the Witherspoon label. It is a female-founded operation that sources most of its grain in Texas.

“We see American Blended Whiskey as the next frontier in the craft whiskey space,” said co-founder Natasha DeHart in a prepared statement. “With BENDT No. 5, we’ve made 5 beautiful and individually distinct whiskeys, then blended them to highlight each of their most outstanding characteristics, creating an American blend that together, is even greater than the sum of its parts.” 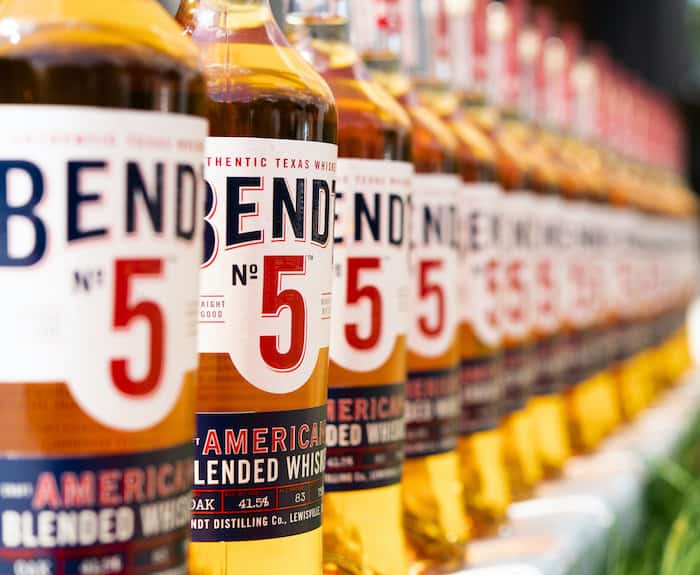 Tasting notes are sparse, indicating only “a well-rounded flavor profile… that appeals to a wide range of whiskey drinkers seeking a smooth, flavorful and balanced hand-crafted whiskey.”

Bendt No. 5 American Blended Whiskey is currently available on store shelves in Texas at a suggested retail price of $24.99.