Barrell Craft Spirits has been making quite a name for itself in recent years as a quality non-distilling producer, sourcing and blending together some very well received bourbons and rye whiskeys. They are now taking their knowledge in doing this and introducing what will be the first in an ongoing series of bottlings tied to the concept of the infinity bottle.

The infinity bottle concept, in the simplest sense, is the rolling over of a small amount of whiskey from a bottle you’ve finished into another bottle you have set aside for the purpose of collecting it. Overtime this blend of your favorite whiskeys creates a new expression you can enjoy slowly. As this bottle slowly drains you add more to it from other bottles of whiskey you finish. Get the idea? 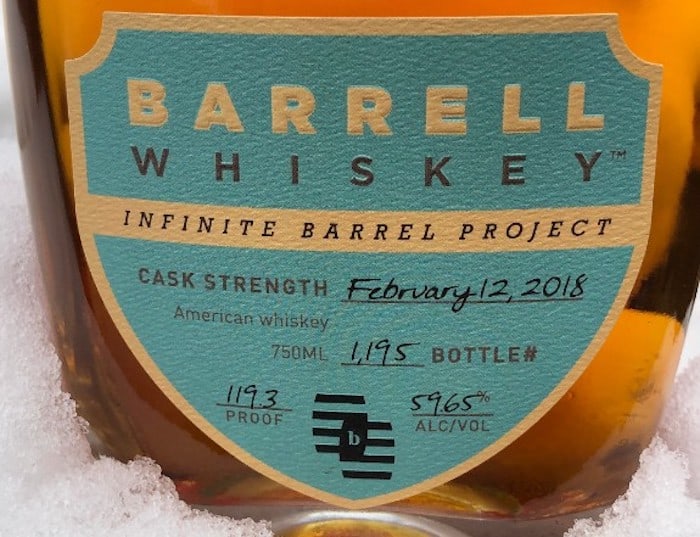 Barrell is looking to take this concept onto a slightly larger scale. As they put it,

The intent is to create an ever-changing whiskey blended from barrels of mature whisk(e)y. We began by selecting barrels for their flavor contribution and complexity and blending them in a larger single, or “Infinite” vessel. At each bottling, we’ll remove a portion of that whiskey and replace it with other barrels that will complement the remaining blend. We’ll then repeat the process – bottling a portion and adding newly selected whiskeys each time.

The idea over time is to create bottlings that are “unpredictable and asymmetrical, constantly evolving – even whimsical.” For their first batch, due out by May, a mix of the following is in the release dated February 12, 2018:

Barrell indicated in a recent newsletter you’ll be able to track the progression of their project on their website, and see which whiskeys are present in each bottling by referring to the bottling date on the front label. This new undertaking should produce some interesting results.

58
Shares
470
Views
Share on FacebookShare on TwitterGet Our Newsletter
Get Jefferson's Ocean at ReserveBar. Shop now!