Baltimore Spirts Company, makers of Epoch Rye, have decided to take their flagship rye whiskey in a bit of a different direction by recently releasing the first speciality whiskey from what is called the Post Epoch line; one-time-only derivatives of the primary expression.

The new version of Post Epoch, according to the distillery, has been specially aged in a barrel formerly containing Baltimore Spirits Company’s Singularities #1 liqueur, dubbed Bort, from their line of specialty spirits released last January. Made in collaboration with their neighbors Union Craft Brewing, the liqueur was distilled from the fermented wort of Union’s seasonal Snow Pants Stout.

The distillery then added their own unfermented Snow Pants Stout wort back to the distillate and left the spirit to age in their oak barrels for over two years. Once the liqueur was bottled, the barrel was then filled with Epoch Rye and left to age for another year – for a total of three years. 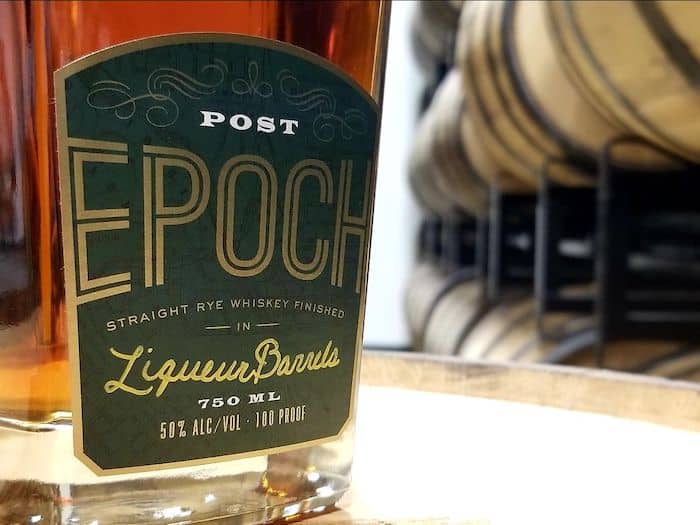 “We can say without hyperbole that this version of Post Epoch is unlike any whiskey that currently exists,” said Baltimore Spirits Company co-founder and CEO Max Lents, in a prepared statement. “We know that because before we made it, Bort didn’t exist, so this will definitely be something special for whiskey lovers, and a great addition to any St. Patrick’s Day celebration.”

Plans call for this whiskey to be a distillery release only, bottled at 100 proof and pricing around $60 per 750 ml bottle.