Balcones Distilling out of Texas is a leading craft whiskey distillery we’ve tracked for a few years now, including their transition time after original founder Chip Tate left. Balcones has gone on, continuing to make quite a name for themselves with their single malt and bourbon, among other whiskeys. Now, as they get ready to celebrate a decade of making spirits, they’ve introduced a new rye whiskey expression.

The new Balcones Distilling Texas Rye Whiskey, according to those behind it, will be coming out in two variants – 100 proof (joins the core range) and cask strength (limited edition and 62.5% ABV). Both expressions are twice pot-distilled, aged in new charred American oak and have a mash bill that’s 100% rye. It is noted by Balcones as well that it’s “80% raw Elbon rye from north and northwest Texas, including some Crystal, Chocolate and Roasted rye varieties to finish the recipe off.” 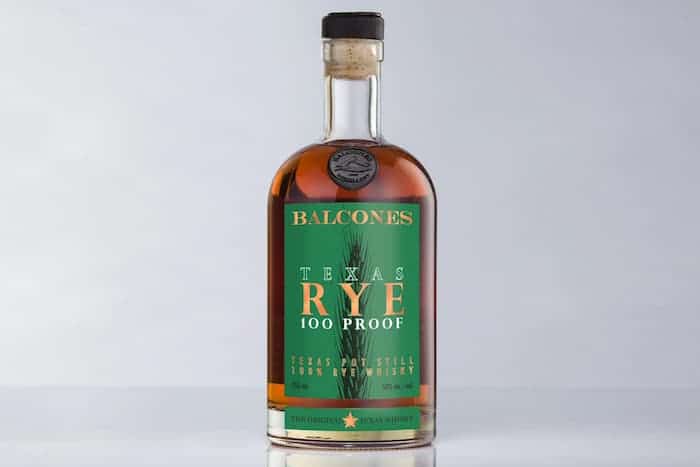 “We are so proud to finally be releasing our first ever Texas Rye expression this year to celebrate our first decade as a distillery,” said Balcones head distiller Jared Himstedt in a prepared statement. “The final rye mash bill that we’ve landed on is primarily made up of Texas Grown Raw Elbon Rye but also utilizes three different specialty Ryes from Weyermann Specialty Malts.

“If you’re familiar with the way we traditionally put mash bills together, you’ll see this is a slight variation on our standard method of producing a whisky made from only one type of grain in that while we did stick to a 100% Rye mash bill, we did so by using four different kinds of Rye for a rich chocolate character along with more traditional ‘rye spice’ notes.

“During the first quarter of 2018 we are focusing 85% of our production capacity solely to Rye which means putting nearly 1,000 new barrels of Rye Whisky into our warehouses. These two products – Cask Strength and 100 Proof Rye – are a culmination in several years of exploration in our distilling journey. We hope Balcones fans will enjoy them as much as we do.”

Beyond the release of the rye, Balcones is also planning to “release a series of 10th Anniversary commemorative bottlings throughout the second half of the year. Each one of the decade celebration releases have been carefully selected to tell another chapter within the Balcones story. A total of 10 expressions will be showcased throughout the year.”

All of these whiskeys will be available in limited quantities within key US markets and in the UK.