This is the second higher-up to leave the Diageo-owned brand for Popcorn Sutton in 15 months. Master distiller John Lunn, left Dickel last year to join J&M Concepts, owner of the Sutton brand, where he became master distiller. 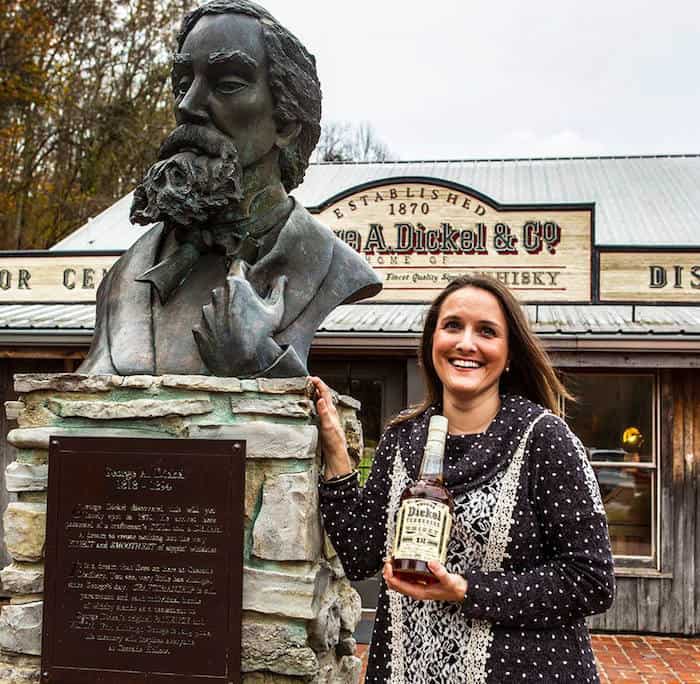 Jeff Parrott, George Dickel brand director, issued a statement on Henley’s departure, saying, “While we’re sad she’s moving on, we’re grateful for all the hard work Allisa has done for George Dickel over the last decade including her recent tenure as Distiller. We wish her and her family nothing but the best.”

Parrot also referred to “other opportunities” and more family time as reasons for Henley’s departure, adding, “It will be business as usual at George Dickel’s Cascade Hollow Distillery in Tullahoma, Tenn.” He did not name a replacement for Henley.

Henley told me she will spend her first few months at the distillery training with Lunn, adding that she looks forward to “the freedom (and) the flexibility to develop new products from liquid to packaging. … John and I will work side by side on every product that is made at the distillery.”

Henley plans to remain in Tullahoma, located 230 miles from Newport, yet her brand education duties will see her traveling the country.

“Tennessee has many legendary figures,” Henley said. “George Dickel is one of them and I am proud of everything I was able to contribute and accomplish over my 12-year tenure. I am even more excited to represent another Tennessee legend, Popcorn Sutton.  I look forward to carrying on his tradition and building upon it in the future.”

Lunn and Henley both expressed excitement about the reunion.

“Allisa and I worked together for over 10 years. During that time, we had many accomplishments because we each had skills and abilities that were very complimentary, Lunn said. “It feels like the band is back together again with many new hits to come.”