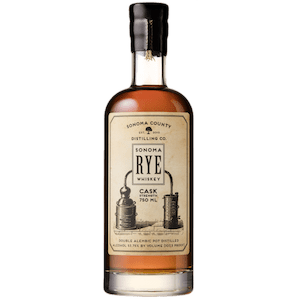 If Nashville was having a beard shortage, it ended last month when craft distillers from across the U.S. gathered in Nashville, Tennessee, for the American Craft Spirits Association’s (ACSA) annual Convention and award ceremony.

The convention is one of the largest gatherings focused on craft distillers (including those without beards), with the 2017 show attracting close to 1,000 producers and suppliers eager to talk shop with their peers and learn the latest industry developments. The ACSA is a non-profit trade association representing the U.S. craft spirits industry, focusing on education and advocacy. Some of the bigger names in craft whiskey are vocal participants and board members, including House Spirits, FEW Spirits, Westland Distillery, and Woodinville Whiskey.

Everywhere you looked there was evidence of the continued growth of craft spirits, with swarms of new distillers, new still designers, and an almost unimaginable number of bottle shapes. (Truly, we are about to enter the Gilded Age of novelty bottle shapes!)

Craft spirits are growing however you slice it; by number of producers, and sales by volume and total value. This year there was some new hard data quantifying that growth from the Craft Spirits Data Project, a collaboration between the American Craft Spirits Association, International Wine and Spirits Research, and Park Street Imports. The project is an ambitious review of surveys and information from the supply chain, producers, and government. As of August 2016, they believe there are 1,315 distilleries across 48 states. This data has been made available, and tells a fascinating story about the growth of the industry.

The other hot topic related to the ACSA’s work to push forward new legislature aimed to bring the Federal Excise Tax (FET) paid by distillers into parity with competitors in beer and wine. The current FET of $13.50 per proof gallon (1 gallon of spirits at 50% abv) means that each bottle of whiskey has at least $2.16 of federal tax, compared to about $.21 per 750 ml bottle of wine. The proposed bill would drop the rate to $2.70 per proof gallon for the 100,000 proof gallons, which produces some real savings for craft distillers.

Distillers are eager to reinvest that money into their growing businesses, and I heard a lot about what the FET reduction would mean for small producers; being able to hire extra salepeople, purchase new equipment, or finance extra barrels. Things looked good for the bill last year, but the political turmoil of the election threw a monkey wrench into those plans so ACSA has redoubled it’s efforts for 2017.

For others, the convention was all about the award ceremony, a chance to show off their hard work and get recognized by expert judges and their peers. The list of whiskey winners was long as more and more distillers’ aged products start to reach the market. Whiskey accounted for 134 of the 308 medals awarded (out of 550 entries), but the judges assured us this wasn’t an ‘everyones-a-winner’ medal mill.

The general feeling, conveyed by the presenter of the whiskey awards Dan Farber of Osocalis Distillery, was that the level of quality continues to rise, and they tasted more exciting whiskey than any previous year. Sonoma County Distilling took home Best of Class for their Sonoma Straight Rye Whiskey Cask Strength, and Corsair was another big winner with three gold medals, and eight bronze. Westland Distillery also had a good showing with two golds for their Winter and Sherrywood expressions, and a silver for Peat Week.

At the after award tasting party, where attendees could taste all the entries and medal winners, there was a lot of energy around the American single malt and rye whiskey tables. The creativity and diversity that was showcased suggests there are a lot of exciting things in store for the whiskey lover, and that the craft producers will continue to push forward with better and more innovative spirits as their skills and inventory matures. It’s a great time to be a drinker!