A Jack Daniel’s Documentary Is Coming To Theaters In May

The Jack Daniel’s Tennessee whiskey brand is easily one of the most well known whiskey names in the United States, if not the world. How deeply is it ingrained though into the world whiskey culture? That’s something the new documentary entitled Chasing Whiskey – The Untold Story of Jack Daniel’s will explore when it comes to American theaters this May.

Chasing Whiskey – The Untold Story of Jack Daniel’s, according to those behind this film, is described as a “a 57,000 mile journey across five countries and 17 time zones that is equal parts thought provoking, insightful, moving and hilarious.” Throughout it director Greg Olliver, country music legend Eric Church and singer-songwriter Shooter Jennings sought to find out the “heart and history of Jack Daniel’s.”

To this end, it is said, “from the small town of Lynchburg, Tennessee, where every drop of Jack Daniel’s is made, to the outback of Australia, from Beverly Hills to the streets of Havana, Cuba, ‘Chasing Whiskey’ documents a cultural exploration into why a world of people identifies with a distinctly American brand.

“Through it all, Jack Daniel’s serves as the compass on a journey that offers a unique glimpse into humanity, shared values and differing views, dreams and delusions.” 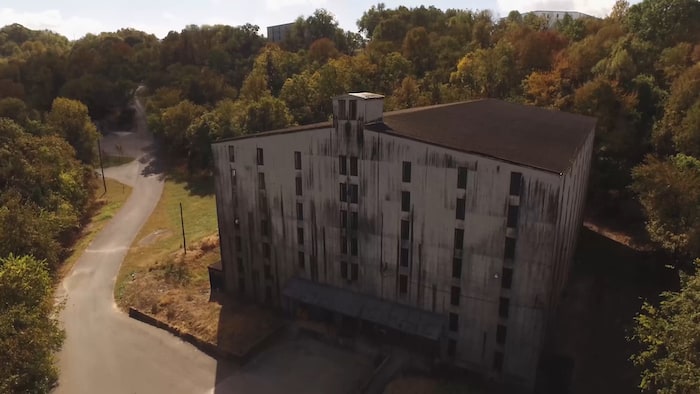 An aging warehouse at Jack Daniel’s (image via Fathom Events)

“Our filmmaking journey proved that Jack Daniel’s is easily the most iconic whiskey brand in the world,” said Oliver in a prepared statement. “No matter where we went – from Tennessee to Japan to Cuba to the outback of Australia – and even Scotland – we always found someone who had a compelling, personal story to tell about Jack. It’s become part of popular culture everywhere.

“With unprecedented access that was given to us by Jack Daniel’s, we uncovered surprising stories that began even before Jack started making his own whiskey. We’re proud to present this insightful, whiskey-soaked adventure that tells the story of Jack that’s been 150+ years in the making.”

To learn a little more about this documentary, check out the trailer below.

Fathom Events and Movie City Films, in association with Evolve Studios, are presenting Chasing Whiskey in more than 850 U.S. movie theaters on Monday, May 11 at 7:00 p.m. local time, through Fathom’s Digital Broadcast Network. Tickets for it go on sale starting Friday, February 21 online and also at participating theater box offices.

At this time it looks to be a one off presentation only, with no immediate mention of what will happen to the documentary after that.