Congeners: So Much More Than Hangovers

How often have you nodded along knowingly when somebody described a whiskey as full of congeners, but internally wondered what the hell a congener actually was? I definitely have, but it wasn’t until recently that I learned that congeners were much more than just the stuff that gives you a hangover. 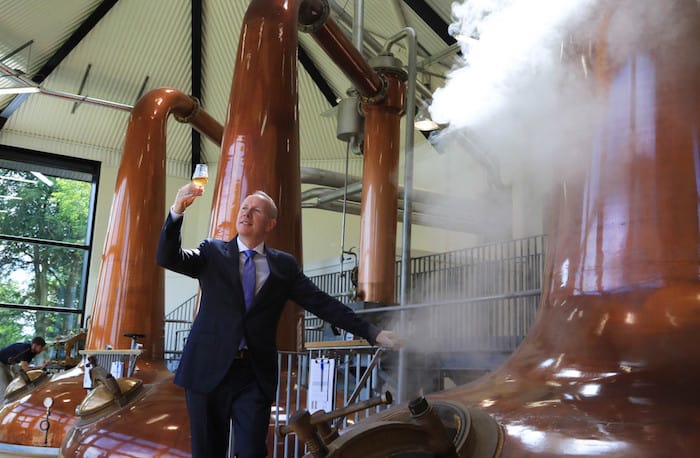 Congeners aren’t all bad – they give whiskey its flavor. Image via Walsh Whiskey Distillery

Congener comes from the Latin: “con,” with; and “genera,” born – as in, born together. In this case, the thing it’s born with is alcohol. From a distilling perspective, a congener is anything produced by yeast that isn’t ethanol. The group includes compounds like the following (and thanks to the second edition of Whisky Technology, Production and Marketing for this information):

Congeners are what give whiskey its flavor, both good and bad. Whiskey’s less heavily rectified distilling process preserves many of the congeners created during mashing. Vodka, on the other hand, is more highly rectified, removing almost all of the congeners from the mash and creating a product that’s much closer to pure ethanol.

Bourbon is the whiskey with the highest congener content, with single malt scotch trailing just behind. Products that are distilled to a higher proof, like Canadian whisky and Scotch grain whiskies, tend to contain fewer congeners.

Congeners are often blamed for hangovers, and while it appears to be true that some congeners do contribute to hangover symptoms, researchers say that plain old ethanol is responsible for most of the unpleasantness after downing one too many whiskeys. Furthermore, another study suggests that matured single malt whisky might actually increase antioxidant activity in the bloodstream and can neutralize free radicals. We’ll drink to that.