It’s full-fledged fall here in the Pacific Northwest, and that means rain. But it also means amazing fall fruits. Many of my favorite apple varieties are gone, but we’re starting to come into quince season. Have you ever had a quince before? I hadn’t, until I tried making the syrup for this drink.

You see, quince are not a fruit you can pick off the tree and start nomming right away. There are a couple varieties which can be eaten without cooking, but the vast majority of them are too astringent and bitter to eat raw. This reminded me of working with persimmons, some varieties of which are too astringent to eat unless you allow them to become ripe to the point of falling apart. 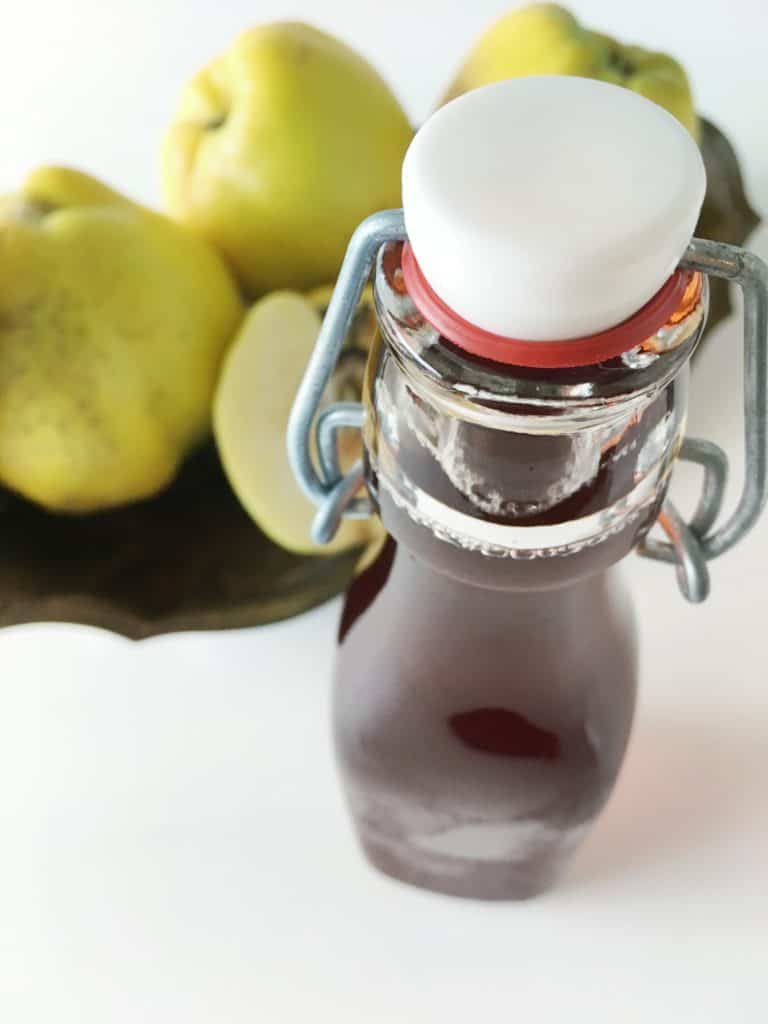 My boyfriend’s mom gave us a bunch of quince they had picked from the tree in their yard and shared a few recipes she had from a quince cookbook she had picked up a few years ago. Many of the recipes are very involved and require long cooking times. Plus, you have to boil the quince before using it in anything, so I figured, why not make a syrup with them while I’m boiling the fruit down.

I peeled and cut up about one and a half pounds of the quince and added the diced fruit to a pot with four cups of water and two cups of sugar. After simmering the recommended 45 minutes, I removed the quince and spices from the syrup with a fine strainer, but the syrup seemed really watery, so I decided to let it cook down a bit so it would thicken up a little. After another 20 minutes of simmering, I added the syrup to a bottle and refrigerated it. Don’t be surprised if your quince syrup changes colors. Some quince produce a yellow syrup, while others turn pink, and the color becomes darker the longer you cook it. Mine was red because I let it reduce quite a bit. 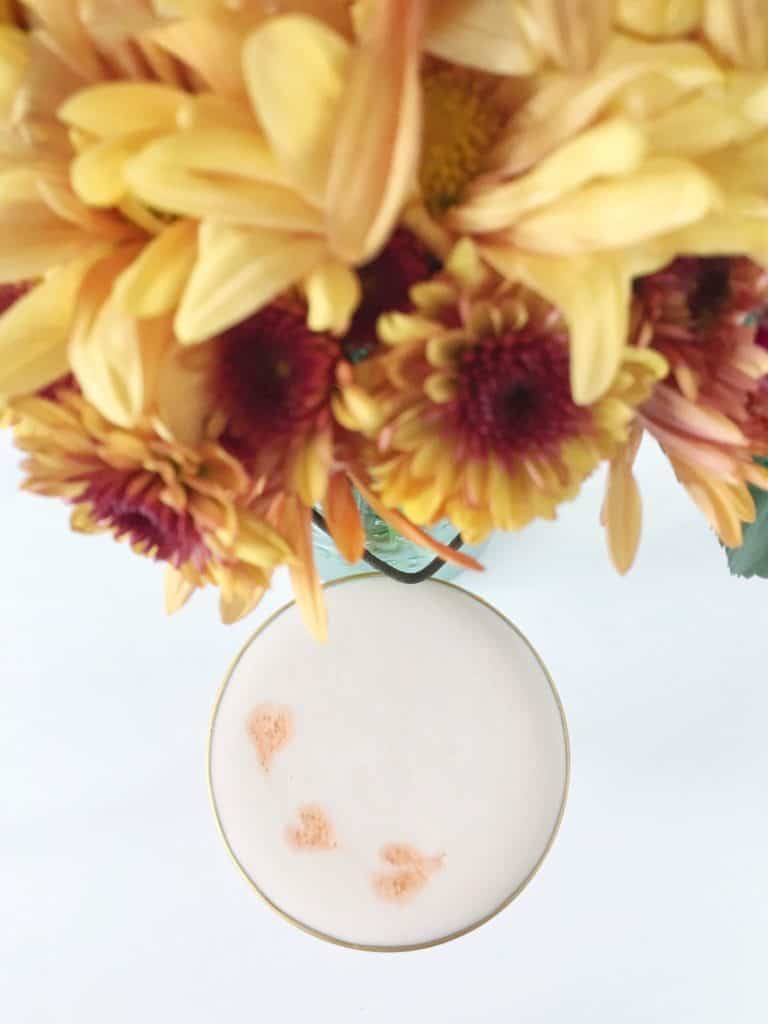 The next day I went to use the syrup, but to my surprise, it had become a jelly in the bottle. I had forgotten that quince contain an enormous amount of pectin (something used for thickening jams and jellies) and that when I eliminated more of the liquid, it became a thicker concentrate, which turned to jelly when it got cold. This was easily solved by heating the bottle up in a hot water bath and pouring some of it into a jam jar and refrigerating, because jam is awesome in drinks, not just on toast. The rest I diluted with 1/2 cup of water over medium heat. That seemed to work. After I refrigerated it this time, it stayed in liquid form.

Now that my syrup was sufficiently liquified, I decided to make a cocktail that would pair well with the spices in the mix and the vaguely apple/pear flavor that quince has. I wanted to keep it simple with the drink’s composition, so I opted for a standard whiskey sour recipe. The final product was delicious and it’s a drink I plan to come back to this season and tinker with to see what kinds of variations I can make. Let me know what you think of it. 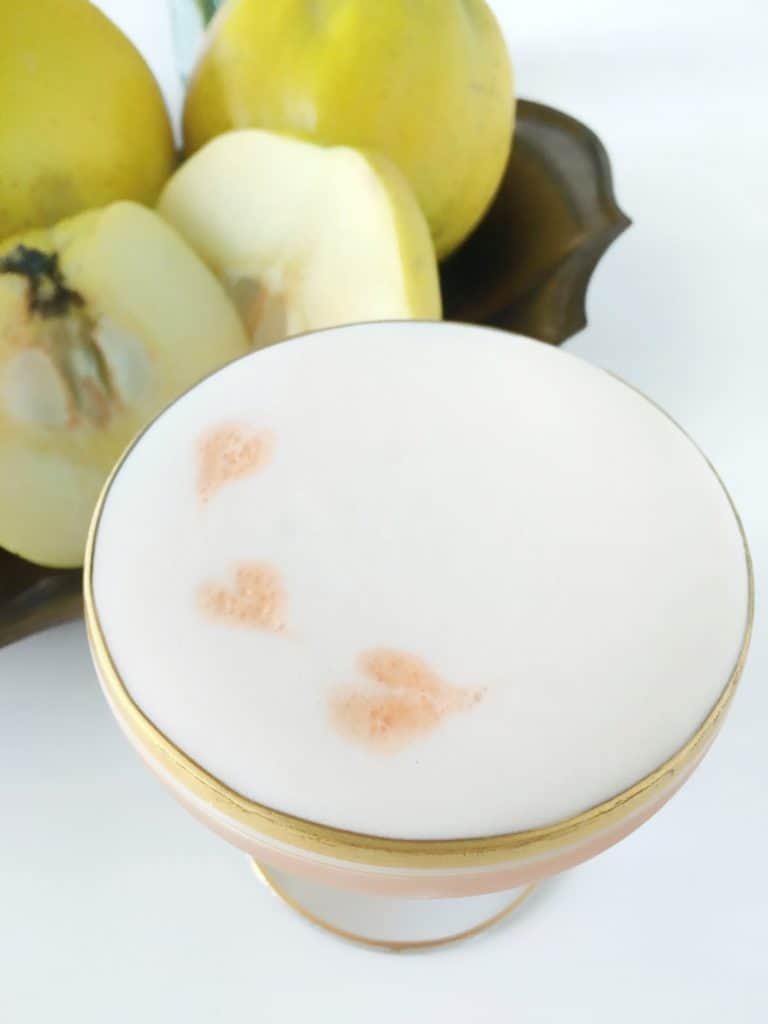 Someday, My Quince Will Come

Instructions: Combine all ingredients in a cocktail shaker and dry shake hard (shake without ice) for 45 seconds. Add ice and shake vigorously for another 10-15 seconds. Double strain into a cocktail coupe and add drops of the bitters to the top. Use a toothpick or other small, pointed object to draw a design in the droplets. 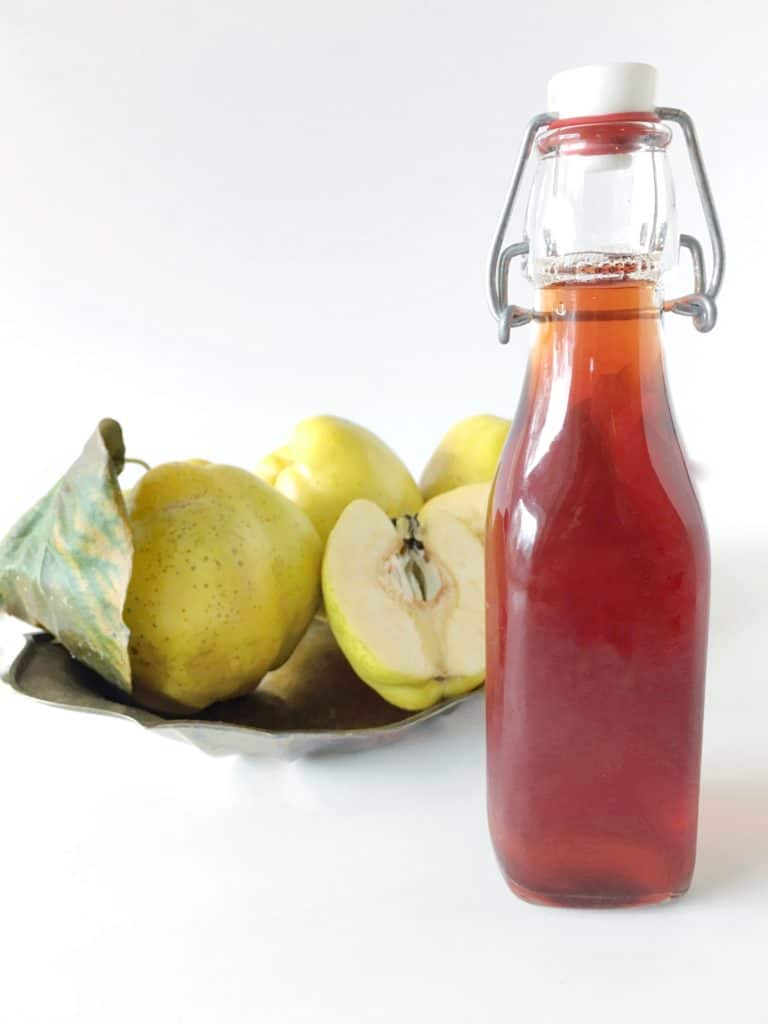 Instructions: Peel quince and dice. Add quince to a pot with water, sugar and spices. Bring to a boil, stir sugar until it’s dissolved, lower heat and simmer for 45 minutes. Strain liquid through a fine mesh sieve into an airtight container. Reserve the cooked quince for a yummy pancake topping, or use in baked goods. 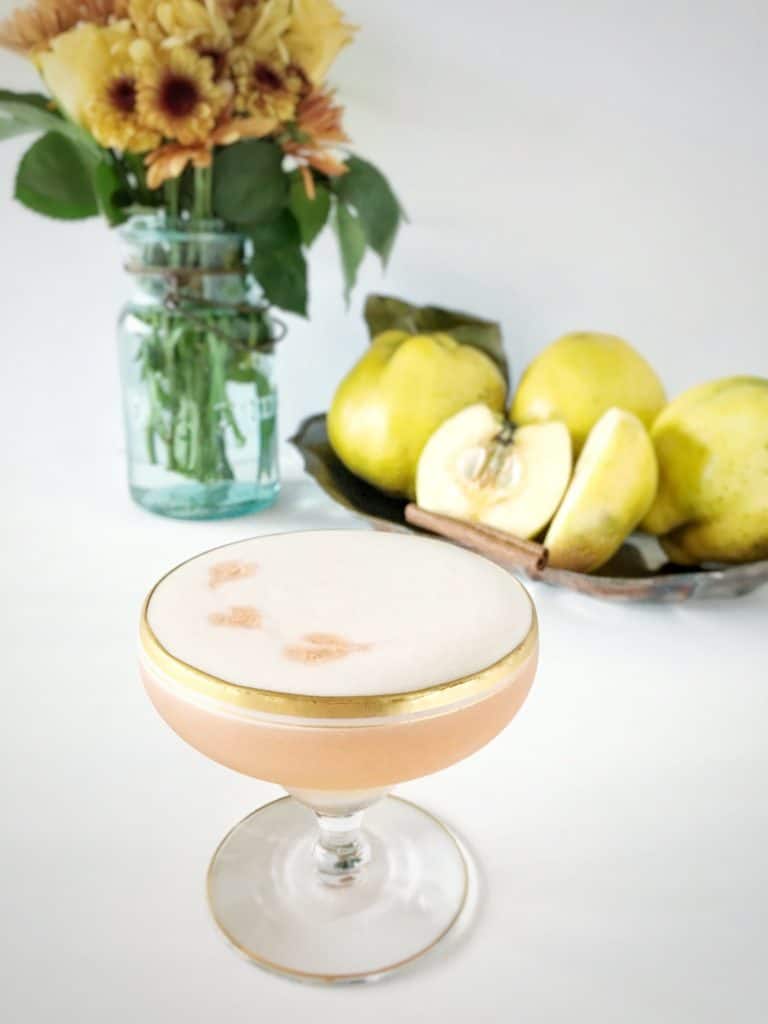 2
Shares
658
Views
Share on FacebookShare on TwitterGet Our Newsletter
Get The Glenlivet 18 Year Old at ReserveBar. Shop now!