Sisterdale Distilling is new to the Texas whiskey scene, and the brand recently introduced its new straight bourbon whiskey to restaurants, bars, and retail stores throughout Texas.

Founded by longtime friends and entrepreneurs, Chad Gailey and Peter Watson, the distillery sits on a 1,200-acre working ranch just off Sister Creek north of San Antonio and west of Austin. The duo said they founded the whiskey company with one focus … “making the highest quality, best tasting bourbon.”

“There are a lot of great bourbons, but I’ve never had one that really stopped me cold,” Watson said in a prepared statement. “We set out to bring innovation, and a new business approach in pursuit of creating the most delicious bourbon possible. … We like to think that is exactly what we have done.” 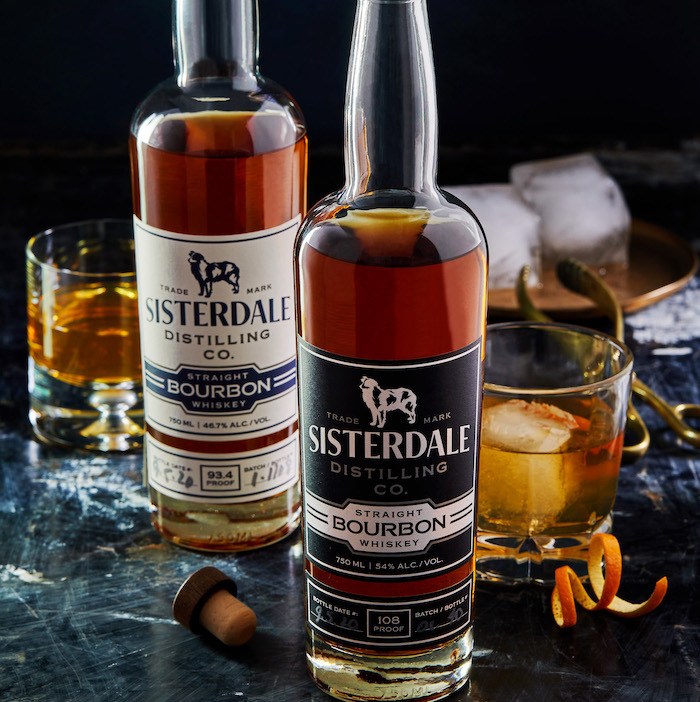 As a start-up distillery, Sisterdale Distilling opted to devote its resources to acquiring the best sourced whiskey rather than building an expensive new distillery, Watson said.

The modest production facilities on the ranch were designed for the proper aging of bourbon in the Texas climate, as well as for precise blending and bottling. Watson explained that as they are free of the financial burden of building a state-of-the-art distillery, Sisterdale Distilling had the luxury of taking its time over a year to evaluate more than 100 bourbons from distilleries around the country to find the perfect barrels to produce its first blended straight bourbon.

Gailey, co-founder of Sisterdale Distilling, said, “At Sisterdale Distilling we do everything by hand and pay particular attention to detail. Our bourbon is made for people with unwavering expectations who are seeking the very best that money can buy. We spare no expense to source only the finest bourbon, made with the highest quality ingredients. Our distiller’s ability to deftly marry them creates sublime bourbon that we know will impress even the most demanding palates.”

Their new straight bourbon is blended using art and science. Sisterdale Distilling selected five different bourbons from one distillery in Indiana to create its new, signature flavor profile. The straight bourbon is made with premium grains including white corn, wheat, and barley malt.

Sisterdale distiller’s notes say the bourbon derives its characteristic earthiness and slight sweetness from the main flavor grain, wheat. It’s mellowed to 93.4 proof with ozone infused Texas rainwater that has gone through reverse osmosis. It’s aged for a minimum of 40 months in charred American oak barrels.

The distillers note the bourbon has the aromas of buttered popcorn mingled with rum-soaked dried fruit and candy corn. It has a creamy mouthfeel of brown butter caramel and coffee cake moving to a lingering finish of cinnamon and applesauce.

The newly-released straight bourbon whiskey collected a Double Gold awarded by John Barleycorn Society in 2020 and a Gold Medal at the 2021 Denver International Spirits Competition.

Sisterdale Distilling Co. Straight Bourbon Whiskey is available at bars, restaurants and retail stores across Texas for a suggested retail price of $74.99.