Editor’s Note: This item was provided to us as a review sample by Brown-Forman. This in no way, per our editorial policies, influenced the final outcome of this review.

A cocktail after work is a lovely thing, but for those without experience in making a drink it can be a daunting task. That is where cocktail syrups have tried to enter the market. Often aiming to cut out the prep and need for fresh ingredients, cocktail syrups offer a just add booze recipe to make yourself and guests something fun. Woodford Reserve has partnered with Williams Sonoma to make a line of cocktail syrups that aim to do just this. This product line currently includes three flavors of cocktail syrups; a Mint Julep, an Old Fashioned, and a Whiskey Sour.

I’ll start off by making it very clear, I’m a cocktail snob. Having worked as a bartender in two different countries, and in some exceptional cocktail programs, I have developed a knowledge for what a classic should taste like. These syrups are far removed from the classics they are named for. That’s not to say they don’t have a place in the market, it just won’t replace your favorite bar serving up the real thing. The benefit of them is in their stability, these syrups are shelf stable and can be kept in the fridge ready to use much longer than the ingredients you would normally use.

In making these I used the instructions on the bottle. Overall I found these instructions led to a drink that was below the size of a normal cocktail. I made all of these drinks with Woodford Reserve’s Kentucky Straight Bourbon Whiskey and I think they suffered because of it. Woodford is not something I reach for when making any cocktail due to its lighter, smoother flavor profile. When making cocktails you want bold flavors that hold up to dilution and bring something to your drink. Woodford takes a back seat and often calls for heavily modifying recipes so the whiskey can still come through.

The Mint Julep tastes artificial, reminding me of Trident’s spearmint gum. The Old Fashioned could be popular in some regions, reminding me more of a Wisconsin Brandy Old Fashioned than what I would make regularly. It was like drinking sweetened watered down whiskey with fruity notes in it. The Whiskey Sour was my favorite of them, but I had to distance it from my idea of what a Whiskey Sour should be. This is a whiskey and sour mix, not a Whiskey Sour. The sour ended up being a jumble of flavors that didn’t integrate and just lacked the brightness of a fresh drink.

The above paragraph sure makes it sound like I hate this product. But let’s be clear, I tend to hate all cocktail syrups. They are cheap imitations of something that only takes a little more time and effort to make. But I see where these can come in handy as well. With the bottle designed for 32 servings, if you have a large group of people you need to make drinks for these will do the job. They are easy to scale up recipes to just make a large batch all at once. The flavor profile isn’t great, but it will appease the masses. 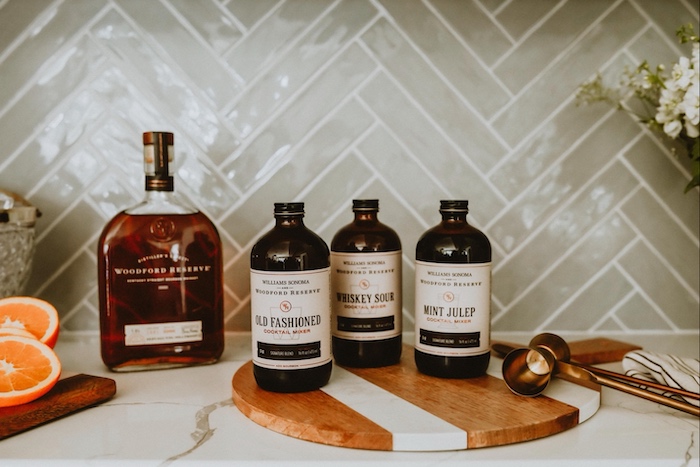 Impressions: Working with these syrups I saved some time on making my drink. It puts making a cocktail more on par with the time it takes to make one in the bar. All the prep is done and you just have to mix the syrups with whiskey. However with a little bit of effort to prep some juice and simple syrup I am able to produce a drink that is much better quality with cleaner, brighter flavor profiles. To me it will always be worth that little extra time and money for a fresh drink.