At least we are assured the William Larue Weller, the Thomas H. Handy Sazerac Rye, the Eagle Rare 17-Year-Old, and the Sazerac 18-Year-Old Rye meet Buffalo Trace’s high-quality standards. Of the 2021 BTAC, the William Larue Weller is the only wheated bourbon offering. This helps balance all the ryes in the collection. If you were not lucky enough to get a bottle at its MSRP of $99, hopefully, you will be able to snag a taste of it.

The William Larue Weller in the BTAC honors the distilling legacy and heritage that led to the man’s success. Weller first started his own distillery after selling the brown liquor. After becoming a prominent whiskey brand, Weller hired Julian P. Van Winkle Sr. whom we all know as “Pappy.” Following Weller’s death, Pappy merged the distillery with Arthur Stitzel, and thus Stitzel-Weller opened on derby day in 1935. So if you can’t find a bottle of the illustrious Pappy Van Winkle, you can always get yourself a bottle of Weller, or the Antique William Larue Weller. 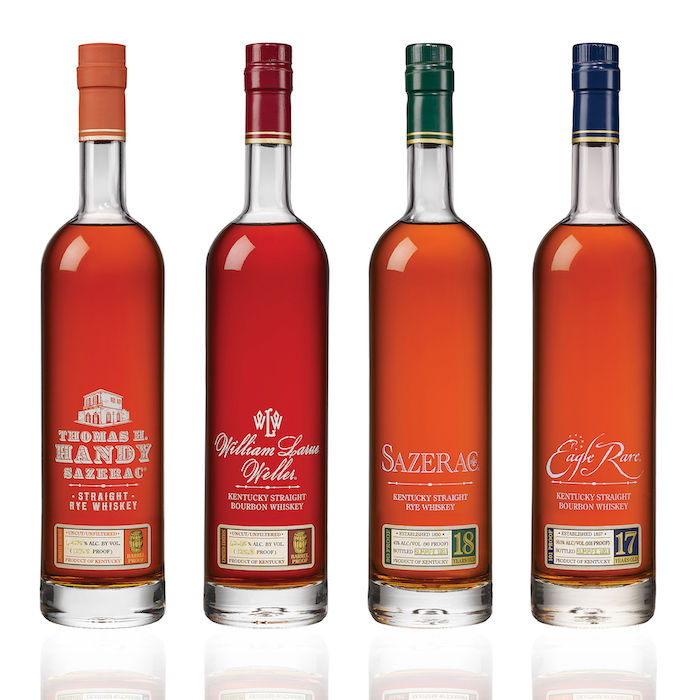 Nose: French vanilla mingles with chocolate and cinnamon-like a hot mug of cocoa at the beginning of the nose. A touch of lemon nail polish remover lingers in the background. The nose is rich with figs as well.

Palate: The mouthfeel is soft and velvety. Brown sugar touches the tastebuds first before making way for nutmeg and cinnamon. Fig and an almost raisin or port note balance out the spice and warmth. The finish is peppery with tobacco and dried papyrus reminiscent of an antique bookshop.

The William Larue Weller from the 2021 Buffalo Trace Antique Collection is my favorite this year. The figs on the nose and palate wrap everything neatly all together. The whiskey is perfect for a nightcap on a cold winter day.