Editor’s Note: These whiskies were provided to us as review samples by Diageo. This in no way, per our editorial policies, influenced the final outcome of this review.

I’ve never been more excited to review a whisky. At least I feel that way now, after having learned more about this Scotch distillery from Scotland’s Dufftown whisky region. Mortlach is regarded as one of the best-kept secrets in Speyside, but Diageo has produced a plan that will hopefully increase production of one of the most ‘meaty’ single malts around.

So what makes Mortlach so special? Have you heard of a 2.81 time distilled, un-peated whisky from Speyside before? I’m sure some of you have, but I had only heard whispers, so I’m excited that now I know. There are six stills used to produce Mortlach new make. They feed into each other in a complex way, and have unique shapes and sizes. They all use worm tube condensers, which give less copper contact than shell-and-tube condensers and therefor remove less sulfur.

With Mortlach having been founded nearly 200 years ago, the current distillation system began in 1897, and is extremely respected as a unique and high quality whisky. The whiskies I’m reviewing today – 12, 16 and 20 year old bottlings – form a revamped distillery line up which also has a very heavy hitting 47 year old expression that’s about to come to market. 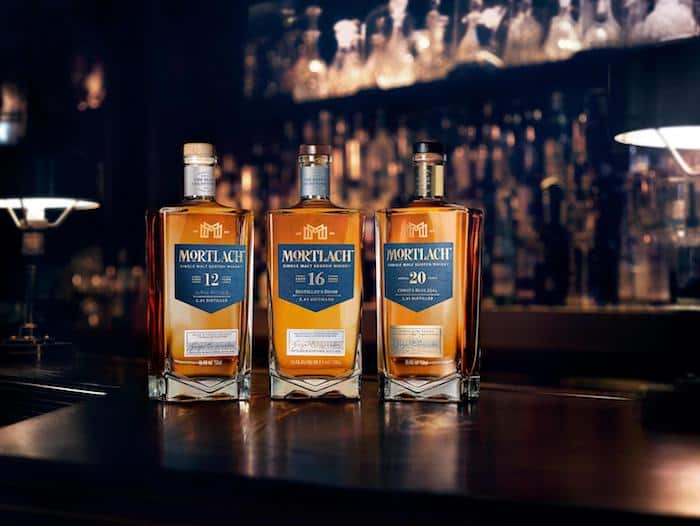 The revamped Mortlach line up (image via Diageo)

Palate: Allspice, butterscotch, and savory ham. Ashy with buttercream and a bit of vanilla.

Final Thoughts: Big and bold, this definitely holds up to the nickname given to Mortlach – “The Beast of Dufftown.” The wood influence highlights the big character, as you see advantages from both types of oak shining through. Lighter style flavors are deceiving as you start to feel the viscosity and depth linger. A fantastic 12 year Scotch whisky.

Nose: Sulphury and sour with pencil eraser, along with sweet honey and red fruit. Fresh herbs like thyme and rosemary and present along with light baking spices.

Final Thoughts: Absolutely delicious, the harmony between heavy new make and aged sherry notes is a beautiful one. The richness that sometimes becomes overwhelming by a long time in sherry casks is more pleasant because of the big body of the spirit itself. I could drink this one every day.

Nose: The color transcends into smell as apricot is first noticed, along with walnuts, raisins and grapefruit. Blueberry and cinnamon is nicely nuanced as well.

Palate: Very developed with the smoothness of a long aged dram, yet still incredibly viscous and powerful. Beeswax, vanilla whipped cream, and praline. Spice from the barrel including nutmeg and cloves. Strong malted backbone, with an incredibly sulfuric finish that leaves your mouth dry and wanting more.

Final Thoughts: A bit more nuanced and smooth than the last two, I find it pleasant by itself, but it began to lose the soul of the first two that makes them so unique. It feels more aligned with the style of the region, and while complex and mature, it is also a bit too soft. Nonetheless, it presents flavors that wouldn’t have been discovered without twenty years in a barrel, and is something to appreciate in a grand way.