The 2020 Rare by Nature has the same whiskies as the 2019 Special Releases for whisky lovers to compare. Dr. Wilson meticulously hand-selects each whisky to show another side of the distilleries chosen. The fifth whisky in the Rare by Nature editions comes from the Mortlach Distillery. While the 2019 edition of Mortlach is 26-years-old, the 2020 edition goes down in age and is 21-years-old.

The Mortlach Distillery has been around for nearly 200 years. Mortlach became the first distillery licensed in Dufftown. However, the Grant Brothers immediately purchased it and took all the distillation equipment to use at their distillery in Rothes. It was not until the 1850s when George Cowie started up production again.

Most of the whisky was made to play a role as a blending malt. At Mortlach, the whisky making process is also very traditional. In 1923, however, the distillery was scooped up by John Walker & Sons. Under Diageo, Mortlach has released some of the most expensive whiskies. Diageo did announce in 2014 that Mortlach would be expanding production capacity once a mirror image of the existing distillery was built. 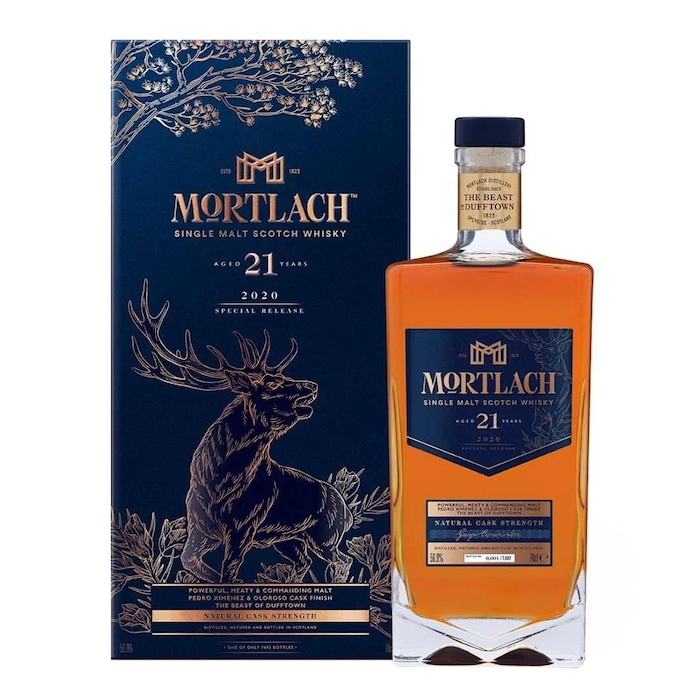 Nose: A smidge of acetone creeps around the beginning. Burnt orange intertwines with clove and cinnamon sticks. It comes off dry like the dry heat from a fireplace in a log cabin. Near the end, the burnt orange becomes full mandarin fruit pieces. It is also a bright whisky with loads of fresh crisp red and green apples.

Palate: The natural cask strength is lovely. It does not need any water. The mouthfeel is velvety. Orange fruit stays at the top of the tongue while smoke hits the back of the mouth. Small amounts of rosehip and honey pop out. Cured meat and charcoal briquettes dominate the whisky in the middle. The finish is dry with oak and apples.

Yes, I really liked the 2020 Rare by Nature Mortlach 21. The nose and the palate worked together rather than fought each other. It had a lot of the characteristics I love about Mortlach's whiskies. This one was still able to be unique while maintaining balance.