The annual Diageo Special Releases always has a theme. However, the 2020 edition is the first time a theme has been repeated. Due to the popularity of the 2019 Rare By Nature collection, Diageo has released a part two. Master Blender, Dr. Craig Wilson was given this special opportunity for an encore to his carefully selected whiskies from 2019.

The 2020 Rare by Nature has the same whiskies as the 2019 Special Releases for whisky lovers to compare. Dr. Wilson meticulously hand-selects each whisky to show another side of the distilleries chosen. The second whisky in the Rare by Nature editions I’m reviewing comes from the Cragganmore Distillery. While the 2019 edition of Cragganmore is 12-years-old, the 2020 year jumps eight years and is 20-years-old.

In 1869, John Smith convinced his landlord, Sir George Macpherson-Grant, to lease him the land to build a new distillery. Smith at the time was the former manager of Macallan, Glenlivet and Wishaw Distilleries. He was also the leaseholder of Glenfarclas Distillery at the time. The new distillery Smith wanted to build next to the Strathspey railway line became Cragganmore.

Almost 20 years later, Smith passed away and left the distillery to his family to run with Macpherson-Grant. The distillery continued to produce whisky for decades, but had to stop production during WWI. Ownership changed hands multiple times after 1923, and today we know that Diageo has lovingly kept Cragganmore going. 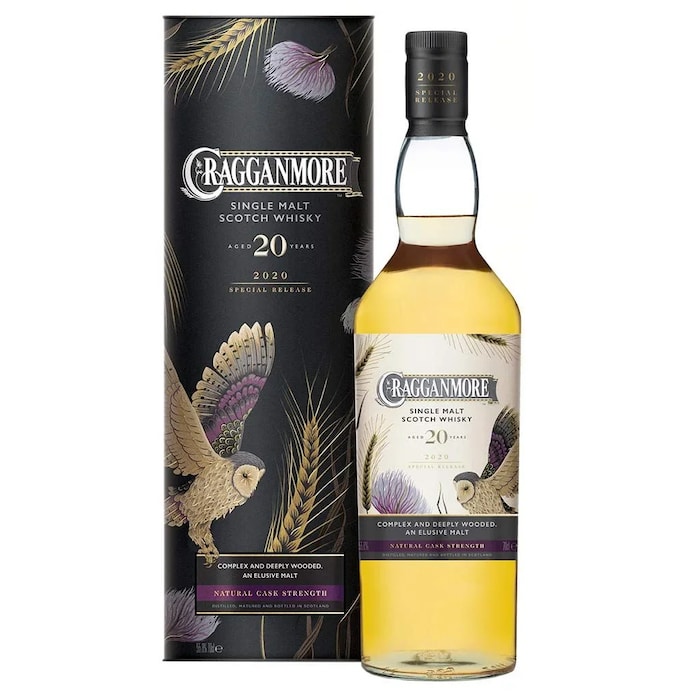 Nose: At first, I shockingly got bubble gum. Not pink bubble gum, instead Wrigley’s Juicy Fruit. I can distinguish so many fruits. The big ones that standout are lemon peel, banana, and green apple. Mint sprigs sweep in. On the backend is the scent of croissants.

Palate: At its natural cask strength, the Cragganmore is a touch too hot. Alas, all the wonderful fruit on the nose is buried by oak. Lemon peel does pop out, but overall the dram is tannic and bitter like over-steeped tea. The finish is sprinkled with black pepper.

While the Rare by Nature Special Release Cragganmore 20 Year gave an enchanting nose, the palate was disheartening. I think the extra time in maturation did a disservice to the whisky. The oak drowns out any flavor except the lemon zest. Part of me wants to wear the Cragganmore 20 Year as a perfume. If you can try it, do so, maybe you'll like it more than I did.