Editor’s Note: This whiskey was provided to us as a review sample by Rampur Distillery. This in no way, per our editorial policies, influenced the final outcome of this review. It should also be noted that by clicking the buy link towards the bottom of this review our site receives a small referral payment which helps to support, but not influence, our editorial and other costs.

Diamonds may be forever, or a girl’s best friend, but they also come in whisky form when it comes to Rampur’s Single Malt whiskies. It’s been called the “Kohinoor of Single Malts” in reference to that famous diamond, but a bottle probably won’t linger on your shelf for quite as long.

Rampur Distillery is the oldest distillery in India, with its start in 1943. The brand exclusively releases single malt whiskies, all distilled in copper pot stills. A major benefit to the distillery is the unique climate India provides. The high temperatures age the whiskey much faster than the cold climates of northern Europe, or even the American South. In this way, good-tasting whiskey can be made much quicker, but at a cost – the angels get more than their fair share in the deal.

But then Rampur specifically has another element at play – the cold. The Uttar Pradesh location of the distillery is at the base of the Himalayan mountain range, and can see wickedly cold temperatures. The vast range adds a complexity to the whiskey that’s not an option for whiskies distilled in more consistent climates.

Rampur Distillery has expanded into Radico Khaitan, a massive spirits manufacturer making “Indian Made Foreign Liquor.” The distillery makes alcohol from molasses, grains and malt barley, and the company releases a variety of spirits under several different brands. The distillery itself is considered eco-friendly, using methods such as an effluent treatment plant, cogeneration plants, and backward integration.

Rampur Double Cask is the newest expression from the distillery, or as they call it, the newest “jewel.” This single malt was aged in ex-bourbon barrels for two thirds of the maturation period, and then ex-Oloroso sherry casks. According to Radico Khaitan president Sanjeev Banga in a prepared statement, sipping this expression “whisks you away to springtime in India, when the flowers begin blooming and spice is rife in the wind – a truly immersive experience.” Double Cask joins the ranks of Rampur Select, Rampur PX, and Rampur Asava. 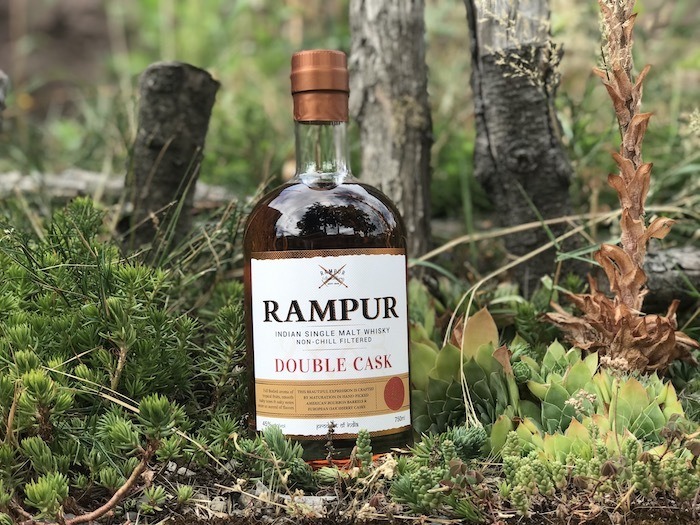 Nose: Crisp pears show up first, then chill slightly into alpine herbs and a sort of piney-ness. A slightly sour note comes in next, morphing into animal musk on the way out.

Palate: Thin and light, very juicy. A strong, fresh peach comes through and grows in fruitiness, but becoming closer to dried fruit, pineapple prominently. Alongside the dried fruit comes some of the intensity of very overripe fruit. A last pop of creamy vanilla bean leads out slowly, bringing back some of the juiciness and leaving a lingering pomelo taste.

If you’re not drinking Indian whisky you should. This is absolutely delightful. While in the style of a Scotch, there are flavors coming through here that you won’t find as commonly in Scotch. It’s also remarkably drinkable. I’d take this whisky over diamonds any day.

When people ask me for...
READ ARTICLE 
Bourbon / Lifestyle