Editor’s Note: This whisky was provided to us as a review sample by importer ImpEx Beverages. This in no way, per our editorial policies, influenced the final outcome of this review. It should also be noted that by clicking the buy link towards the bottom of this review our site receives a small referral payment which helps to support, but not influence, our editorial and other costs.

Kilchoman’s yearly release of heavily-peated, sherry-rested whisky is appropriated named ‘Loch Gorm,’ after Islay’s largest freshwater lake. Loch Gorm’s peaty bottom dyes its waters the color of tea, which can be seen from the distillery’s windows.

Islay’s natural beauty isn’t usually what we talk about, and it’s becoming an increasing concern. This tiny chip of Scotland, just under 240 square miles, is slowly buckling under the weight of so many tourists.

The main two issues are these: Islay’s infrastructure was built to handle its 3,200 or so residents, and most of the money generated by the whisky industry leaves the island. Kilchoman has helped on both fronts, rebuilding the main access roads to its buildings, and being one of only two Islay-owned distilleries.

The fact remains, however, that Islay sends £200 million yearly alcohol duty to the UK treasury and levies no part of that for themselves. Various schemes are being floated, like a five-pence duty on all whisky leaving the island. Nearby Shetland Island is home to an oil and gas terminal, and they have taxed every barrel of oil coming through since the 1960’s.

Whisky is only growing. At the moment, nine working distilleries call the island home. More are planned, and some have the corporate marketing dollars to ensure droves of visitors. Cautious ballparks put Islay production increasing by one-third by 2024. All this says nothing of gin. Bruichladdich’s sideline, The Botanist, is forecast to increase bottling by 290% over the next seven years.

It would do all our whisky-loving hearts good to see the distilleries, especially the ones with deep pockets (my eye’s on you, Lagavulin), invest in the island that makes it possible for them to create such world-renowned whisky. 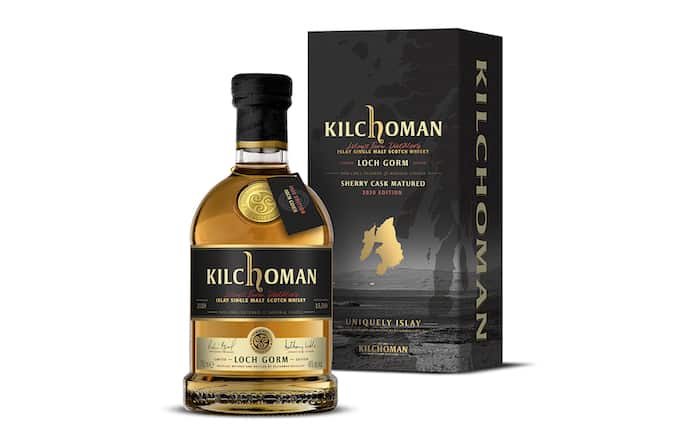 Vital Stats: Kilchoman Loch Gorm is 92 proof and made from 100% malted barley. It’s aged in oloroso sherry casks and is a blend of nine-to-13-year-old whiskies. Only 15,500 bottles are to be released globally, listed at around £70, or about 90USD.

Appearance: This whisky is a very clear deep gold that beads and forms fat tears.

Palate: Fiery fireplace at first, the flavor quickly softens to a fruity sweetness on the mid palate with light saline. Roasted nuts and lingering black tea round out the finish.

Solid Islay sip! I like the extra fruitiness from the sherry barrels - it matches very well with the rich peat.