Like for many who will read this review, Japanese whisky is something of a mystery to me.

Hardly able to keep up with the ever-growing stateside market (much less those of Scotland Ireland, and Canada), Japanese whisky has stayed indefinitely on my back burner, not helped by its often hefty price – though that’s likely to change for me after trying Ichiro’s Malt and Grain.

While a product of a Japanese company – specifically Ichiro Akuto, founder and master distiller of Ichiro’s Malt with Chichibu Distillery northwest of Tokyo – Ichiro’s Malt and Grain is “an all world whisky” as Akuto put its in a postcard enclosed with a sample.

While the short product description is vague, it briefly explains that Ichiro’s Malt and Grain (specifically the white label) is a blend consisting of a “heart of Japanese whisky complimented by the major whiskies of the world,” which includes whiskyy from Scotland, Ireland, the United States, and Canada. Those foreign whiskies are aged in their countries of origin for three to five years and aged for another one to three years in Chichibu.


While Ichiro’s Malt has only been producing whisky in Chichibu since 2008, it already had built a name for itself by that point through the legacy of the Akuto family’s defunct Hanyu Distillery.

With the family already renowned for their sake, Ichiro Akuto’s grandfather reportedly founded the Hanyu distillery in the 1940s and rode hot whisky demand for decades until succumbing to a recession in 2000.

Ichiro Akuto, however, scooped up the aging Hanyu stock and eventually began selling it, most notably the highly collectible and highly sought-after Ichiro’s Malt Card Series, a 54-part collection that includes a whisky named for and adorned with each of the cards in a standard deck (including the two jokers). A full set was on sale at one point in 2015 for nearly $500,000, and even a collection of 13 bottles in the series was going for nearly $44,000 in 2016. 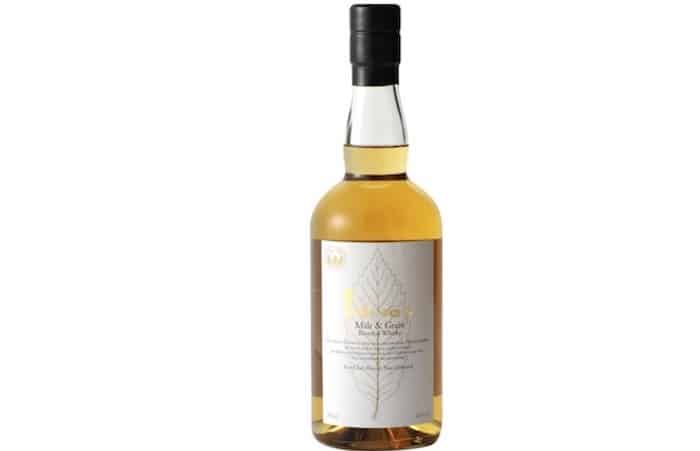 Vital stats: A blend of whiskies with the Japanese Ichiro’s Malt as the base combined with whiskies from Scotland, Ireland, Canada, and the United States, each blended for four to eight years in various locations. The final blend is bottled at 46.5% ABV and sold for an average of $106 per bottle.

Appearance: Brighter than the average whisky with a pale gold hue.

Nose: Starts like a sweet but delicate vanilla that then quickly develops into a tart bouquet of orange and apple with the alcohol manifesting a bit like a sauvignon blanc. That eventually tones down to a more subdued combination of toffee, pear and plums – again with a twinge of alcohol that’s like white wine, only this time a bit like pinot gris.

Palate: Very similarly to the nose, the first sip starts off like a very delicate vanilla with just the faintest hints of sweet tropical fruit and flowers. That gradually transitions to more of a hazelnut-like vanilla with a flare of ginger to it, gradually building in spiciness as a notes of pepper and peat develop. Swallowing takes an interesting turn as it leads to a wave of a nutty, pepper in the back the mouth, which then quickly ebbs away. That leads to a brief pause before another wave gently rolls tasting first of honey, then of a firm but gentle surge of pepper. That finally fades into a honey-like coating on the tongue with a very faint tickle of ginger.

For being an “all world whisky” of distillates from Scotland, Ireland, Canada, and the United States, I can think of few whiskies from those countries to match this blend. Ichiro’s Malt and Grain does everything I want and rarely find in a whisky: it’s on the sweeter side but in a way that’s not overpowering – allowing for a range of earthy and spicy flavors – while taking the drinker on a journey between distinct yet subtle waves of flavors.

I highly recommend this Ichiro’s Malt and Grain, specifically for a sipping when you’re in the mood to contemplate the dram before you.