The Highland Park distillery is located on Orkney island in the Scotland Highlands. There, temperatures are relatively mild yet the winds are fierce. Highland Park The Dark was created to celebrate the autumn and winter in Orkney, when it is time to come inside from the harsh winter winds and enjoy time with friends and family.

One of the things I admire about Highland Park Distillery is its dedication to traditional whisky making methods. It is are of the few distilleries left who still does its own floor malting.

Highland Park The Dark is a peated single malt, aged in first fill European sherry casks. The casks have a heavy influence on the whisky flavor, providing deep dried fruit and spice flavors.

The whisky is presented in a sleek black bottle with a serpent dragon embossed on the front. The serpent takes its inspiration from Viking heritage. Only 28,000 bottles were released worldwide.

This whisky is not to be confused with Highland Park Dark Origins, which was released in 2014. 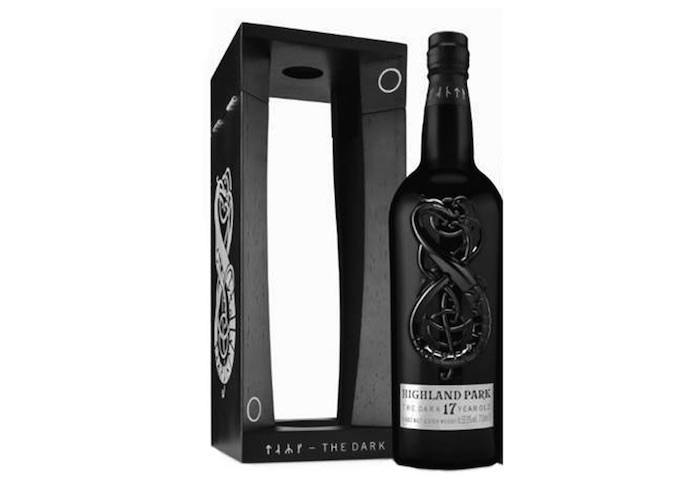 Appearance: The dark bottle shields the deep russett color of the whisky.

Nose: The aroma is very pleasant and sweet. The whisky has heavy dried fruit aromas with strong cherry scents.  It also has a light peat aroma.

Palate: Spicy notes echo on the back of the throat.  It has a tannic fruity flavor. There are also tastes of toasted almonds and dried orange.

Highland Park The Dark won a double gold in the San Francisco spirits competition 2018. I can see why. The proof and flavors are at the right balance to provide a unique aroma and flavor. This whisky can really take your senses for a journey, and it's made to be shared with friends on those long dark autumn and winter evenings. For some of us, this is one of the main reasons we drink whisky. Slainte!