Alness, Scotland, and Jerez de la Frontera, Spain, have a famous name in the whisky world linking the two cities: The Dalmore.

Jerez is in southwestern Spain about 70 miles to the northwest of Gibraltar and is known as the world capital of sherry. The Dalmore distillery is nearly a 200-mile drive north of Edinburgh and they source exclusive casks for their Dalmore 18 Year expression from one of Jerez’s famed sherry producers, Gonzalez Byass.

Sherry cask aging is probably one of the most mentioned attributes in the whiskey vernacular, yet in terms of understanding, sherry tends to be overlooked. It is common knowledge that sherry is a fortified wine produced from Spain. It is becoming more common for people to recognize the names of the main styles of sherry, such as fino, oloroso, and Pedro Ximénez (PX). But what are the requirements for making it? We whiskey nerds love aging processes, so how is it aged? The Dalmore obsesses over the sherry barrels they select, and knowing more about sherry can help you understand why.

Like a lot of the whiskey styles we all love to enjoy, sherry has protected designation of origin status, similar to that of Champagne in France, Scotch in Scotland, or bourbon in the United States. This means to be labeled Xeres (sherry is an anglicization) it must be produced within the Sherry Triangle, a small area that includes the three cities at the vertices of the triangles and their surrounding municipalities. Another fundamental aspect of sherry is the solera process. The easiest way to imagine this system is to picture a pyramid of barrels where all the barrels are stacked and connected. This allows the sherry to flow between barrels. Within the system are different groups of barrels, called scales. In a solera system, wine is only pulled from the last barrel in the oldest scale and no barrels are ever drained. When wine is extracted from the last scale, it is refilled with wine from the next-oldest scale. This method of refilling is repeated until the youngest scale is filled with new product.

Under Spanish law a maximum of 30% of each barrel can be moved at one time, meaning some wine will age in the same scale for many, many cycles before finally moving on to the next scale. Over 90% of sherry is made from the grape variety palomino, but sherry can also be made from moscatel or Pedro Ximénez grapes. All sherry is fortified with neutral grape spirit after fermentation and will always be at least three years old. 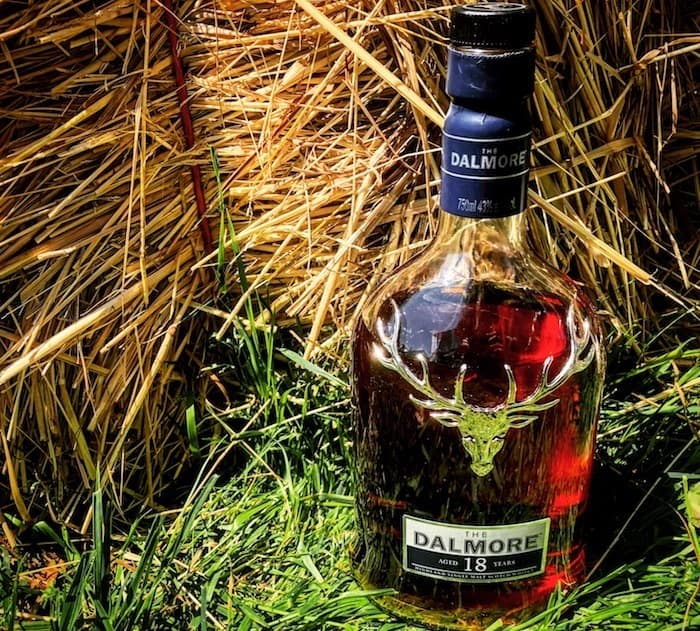 Vital Stats: Highland Single Malt Scotch aged 14 years in ex-bourbon barrels before moving to Matusalem Oloroso 30 Year casks for four additional  years. Bottled at 43% abv and is one of the most widely available high-end scotches on the market. Retails for $160 in 750ml bottles.

Appearance: Possesses a dark richness like maple syrup, but runny as if it had been diluted with water.

Nose: Flamed zest like an Old-Fashioned cocktail. Barnyard-must and hay is rounded out by prune as it all gives way to fig hanging around in the back.

Palate: Full bodied and robust with small tingles of spice. Red currants and sour cherries blend nicely with more prune. Salted tangerines tighten the palate before wood finally shows through on the finish.

The Dalmore 18 Year is a delicious whisky. That being said, at $160 a bottle there are other whiskies I would rather buy. Every whisky lover should definitely try The Dalmore 18 Year at some point, but it is best left for ordering at the bar one night with a friend.